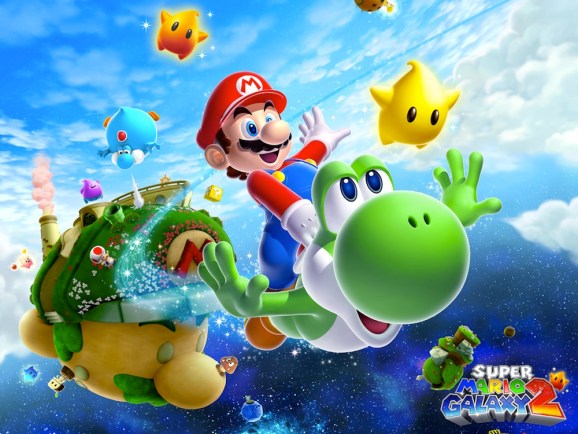 Super Mario Galaxy 2 for the Wii.

Nintendo hasn’t dipped into the HD-remake well as much as other developers have — so far, it has only released The Legend of Zelda: Wind Waker HD (which our reviewer loved). But according to legendary designer Shigeru Miyamoto, older Mario games might follow in Wind Waker’s footsteps.

During a recent group interview about the plumber’s latest adventure, Super Mario 3D World (out Nov. 22 for Wii U), Miyamoto told members of the press via translator that we could see HD versions of games like Super Mario Galaxy and Super Mario Sunshine.

“As for remaking previous games in HD, that’s certainly possible,” Miyamoto said. “But currently, most of our devs are working on making new stuff. And we certainly like to have people working on new stuff like that. HD remakes might, however, be a good project for a development partner of ours. So that’s something I hope we have the opportunity to introduce in the future.”

If Nintendo does end up giving some Mario games the high-definition upgrade, they’d feature more than just a visual makeover. Wind Waker HD, for example, made some key improvements over the original.

“But the main thing that’s always going to be on our minds is: What new elements of gameplay can we use with the GamePad, as applied to some of these older games?” Miyamoto said. “We want to find some way to bring a fresh new experience to this, rather than simply update the visuals and leave it at that.”