You’re having a garage sale. Perhaps a neighborhood social. Or, you’re trying to drum up business for your local landscaping company.

Why not buy a mobile ad?

That’s basically the vision behind new startup Adagogo, launched by the original Google user experience designer and the man behind the second version of AdWords. The company makes buying a mobile ad basically as simple as posting to Facebook.

There’s no account, no logging in, no learning curve … and essentially no barrier between you and mobile marketing.

“If you’ve used Adwords recently, it’s gotten complex,” Adagogo founder Joe Sriver told me this morning. “When building Adagogo, I had my parents in mind the whole time. They don’t know much about mobile — they just want to get an ad out.” 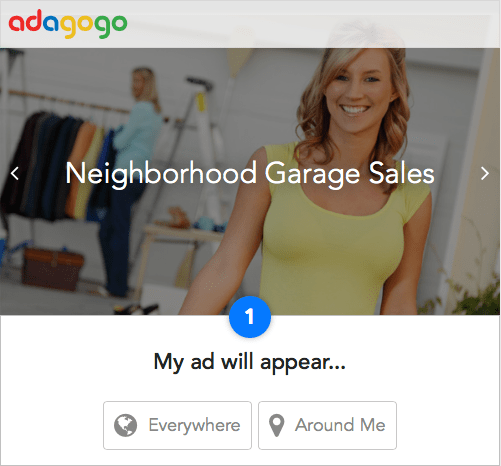 After working at IBM, Sriver applied at Google in July of 2000. When he moved to Mountain View and started the job, his first task was Google News, and then AdWords and AdSense. At the time, Google had fewer than 200 employees, and cofounder Sergei Brin didn’t think there there would be much money in AdSense, which takes Google ads and spreads them to third-party websites.

In 2005 Sriver left to start a company with some old friends from IBM, focused on mobile markets. They built DoApp, were one of the first 2,500 developers for iOS, and submitted three of the first 500 apps for Apple’s new iPhone. 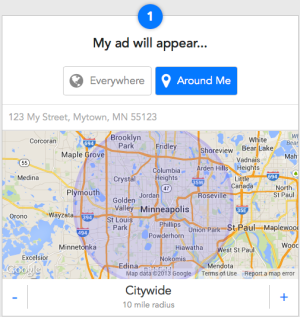 Currently, the company has about 1,500 apps for iOS, Android, and the mobile web, for organizations such as the Boston Globe, the San Francisco Herald, and other major media outlets around the U.S., racking up 10-50 million ad impressions daily.

“I wanted a simple way for people to enter an ad,” Scriver says. “Adword’s complexity is not necessarily a bad thing, but for small advertisers it presents a barrier.” 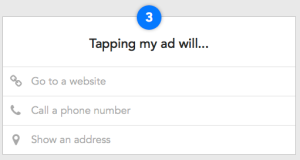 And so Adagogo was born, just two weeks ago. Adagogo was actually the ad mechanism behind the scenes for DoApp’s news apps, but it was just for internal use — not self-serve. Essentially, the company rebuilt it for public access, focusing on hyper-local advertising, although it can do national campaigns as well. In major cities, it has enough reach to ensure adequate coverage, although in the hinterlands it does not.

“On average, click-through rates on mobile are .4 percent … but ours is generally between 1-5 percent,” Sriver says. “I’m biased, but we’ve developed the simplest way to quickly place your ad on thousands of local and national apps.”