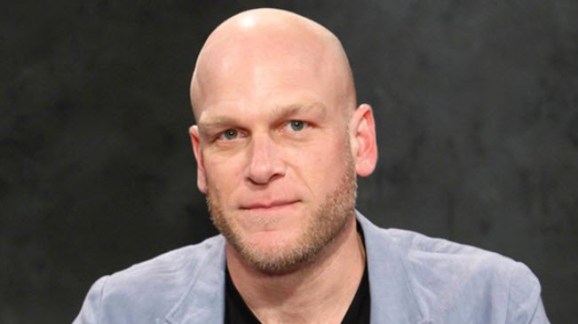 To go with our all-star speakers, we’ll also have some all-star moderators for our big game conference this week, GamesBeat 2013. Dan “Shoe” Hsu, editor in chief of GamesBeat, and I will moderate a bunch of our talks. But we’ve also got a number of seasoned game journalists, mainstream tech writers, and other domain experts to moderate our 34 sessions at the conference on Tuesday Oct. 29 and Wednesday Oct. 30. Here’s the full agenda.

Our batch of journalists is impressive as well. Adam Sessler (pictured at top), executive producer at Revision3 Games, will host a chat with Tony Bartel, president of GameStop, on the evolutionary role of video game retailing. Christina Farr, writer for VentureBeat, will interview Robin Hunicke, co-founder of Funomena, on “feeling-focused games.” Bloomberg News’ Ari Levy will lead a session on Windows 8 gaming with Kenny Rosenblatt, CEO of Arkadium, and Neil Sorens, creative director at Zen Studios. Cliff Edwards, writer at Bloomberg Businessweek, will moderate a session on using deep engagement as an alternative to spending a lot on user acquisition. Steve Peterson, writer for GamesIndustry.biz and [a]list Daily, will moderate a session on big indies. Alex Wilhelm of TechCrunch will moderate a session on livestreaming. We’ll livestream it.

Chris Kohler, editor of Wired Game Life, will handle two sessions: a fireside with Kabam chief Kevin Chou and another one with Machine Zone CEO Gabe Leydon. Sean Hollister, senior editor of The Verge, will moderate a session on the future of gaming technology.

Our most unorthodox moderator is Will Wright (pictured), creator of The Sims and co-founder of Syntertainment. He will interview Victor Kislyi, chief executive of Wargaming.net, about using consumer feedback in designing games.

Our other non-journalist moderators include Susan Choe, managing director of Visionnaire Ventures, hosting a session on what hot game developers use to boost their games into the stratosphere. Martin Rae, president of the Academy of Interactive Arts & Sciences, is running our session on game investments. Margaret Wallace, CEO of Playmatics, is moderating a debate on intuition versus analytics. Michael Metzger from Covert & Co. will interview Steve Wadsworth, the boss at Tapjoy on brands in mobile ads. Robin Hunicke will also run a panel on women in gaming. Playsino CEO Alex Kelly will moderate a session on social casino games.

Brock Pierce of Clearstone Global Gaming Fund will run our e-sports panel. Vijay Chattha, president of VSC Consulting, will moderate a session on making mobile ads that don’t suck. Greg Ovalle, CEO of Stealth, will delve into HTML5 gaming. Tim Merel, managing director of Digi-Capital, will lead our discussion on how to create billion-dollar mobile games in Asia. Martine Paris, U.S. events editor for Pocket Gamer, will moderate a session on emerging game tech. And Playnomics CEO Chethan Ramachandran will run a panel on the new age of game rewards.

Shoe will talk with Simon Khalaf, chief executive of Flurry, on the maturing mobile market. He will conduct a fireside chat with Ouya CEO Julie Uhrman; and he will moderate our Who’s Got Game Innovation Showdown contest for the best game startup.

We’ve entered the Battle Royal, an era where many firms are vying for gamers’ time. Apple and Google want to get in the living room and are waging war against Nintendo and Sony. Microsoft already has an edge in living room entertainment with its Xbox Live service, but it wants a piece of mobile as well. It’s a confusing time for game makers. Where should they take their titles? Which platforms will provide the best experiences? Who will make them the most money?

Above: GamesBeat 2013: The Battle Royal.

We’ll have a steady drumbeat of speakers as we get closer to the start of GamesBeat 2013. We expect to have more than 80 of the gaming industry’s best lined up for our fifth annual event.

Each year, GamesBeat follows a big trend. In 2009, we focused on how “All The World’s a Game,” with the explosion of games on the global stage. In 2010, GamesBeat@GDC focused on “Disruption 2.0.” In 2011, our theme was “Mobile Games Level Up,” investigating the busy intersection of gaming and mobile technology. In 2012, we explored “The Crossover Era,” the time when so many big game companies and startups were transforming themselves by expanding from one market to the next. Our judges, meanwhile, are already busy picking the finalists in the Who’s Got Game Innovation Showdown for the best game startup.