Line has become a hot mobile messaging platform in Japan, with more than 270 million people who are using its media-rich features as a replacement for text messages. Although Line features only 37 games, it has become the No. 2 publisher of Google Play titles in the world in terms of monthly revenue, according to the August index from market researcher App Annie. 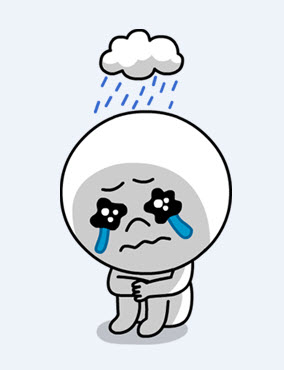 The company is capitalizing on the rabid appetite that Japanese players have for purchasing in-app items in games. But it has also expanded to other territories like Spain, Brazil, and Mexico, where it is having great success. Line has launched a series of internally produced and third-party releases that appeal to casual social gamers. Players can share simple and fun offerings like Line Pokopang and Line Pop with their friends. The popularity — and revenue growth — is driving a possible initial public offering for Line next year with a possible valuation of $10 billion. The service is one of a series of new networks — like Kakao in Korea, We Chat in China, and What’s App in the U.S. — that could make Facebook worry about its prospects for global domination.

We talked with Line’s chief executive, Akira Morikawa, at the recent Global Mobile Internet Conference last week about the phenomenon of rapid mobile-game growth on Line. He spoke with us through a translator, and here is the transcript.

GamesBeat: You started Line about two years ago. A lot of competition exists, at least in the game space, from Gree and DeNA. What are you doing differently? Why do you think you offer something more interesting to people, especially to players?

Akira Morikawa: It helps to have some background on gaming in Japan. Originally, console-based games were extremely popular, and later PC-based online games. Then, feature phone-based games came in from companies like Gree. Most of them were social games based in browsers. The first popular types of games were very small. Casual social games became popular — farming or fishing games that were especially popular with women. Eventually, though, this business moved toward more core games, trading games, and card games that maximized revenue.

Later, smartphones came on the market and created what we now know as mobile games. We grew rapidly as a pure communication platform provider. If we’d chosen to provide core games, maybe our destiny would have been similar to a company like Gree or Mobage. However, we think our focal point is communications. We’re not a game platform provider. We’re simply providing casual games, while we continue to focus on communication.

Gree and Mobage are game companies. They’re no longer platform providers. They create their own games and sell them to consumers. They were successful with games based in browsers, but they’ve been less successful with native applications. We’re native-application creators and providers, and we’ve been very successful providing new game platforms to our users.

I think it’s fair to say that Line may have 10 times more users than comparable platforms in Japan. However, since we’re not a core gaming company, despite this wide range of users, if you just look at numbers like ARPU [average revenue per user] or billing rate, our revenue isn’t that much. 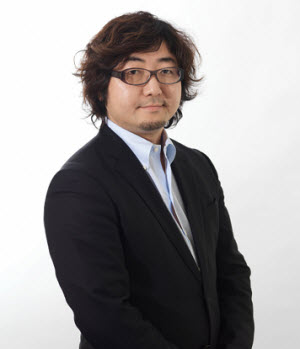 Above: Akira Morikawa, CEO of Line.

GamesBeat: Here in the U.S., text messaging is still pretty strong. In Japan, have you made much more progress in eliminating that by offering better messaging services?

Morikawa: Yes, you’re right. The U.S. and Europe aren’t quite so developed in this respect. In Japan, because we’ve developed mobile internet services so much, we’ve had many services come up to replace that. That’s one reason why we created Line, and why it’s been so successful in Asia. Our services have also been well-received in Spain, South America, and Mexico.

I think that U.S. and European-based users, which tend to be older, maybe consider these characters and services too juvenile, something children would use. There could be some truth to that. But young users, especially young women, have been very happy with it. I expect this to trigger a new movement, where regular adults might start using the service as well. However, in order for us to do so, we may need to tweak our designs a bit to appeal to Western users. Our current design is very much oriented to the Asian market.

GamesBeat: Facebook had a very tough problem, where it grew its games very rapidly, and then the titles started sending too many viral messages out to everyone. All the non-players hated it, and the company had to scale back on the virality of the games. I’m wondering how you dealt with that same problem of having both gamers and non-gamers on the same service.

Morikawa: One of the issues Facebook had was that they provided too many things on an open base. When you provide everything in that type of open environment, you can provide some good things, but they might be unwelcome as well. That’s the root cause of all the spam. To avoid that, we make a conscious effort to control that rather aggressively. We control the number of games we provide and the number of messages they send, which lets us control the amount of spam very tightly.

What we’re trying to do is provide continuous services that appeal to users in the long term — unlike Facebook, which seems like it may just be in vogue for a brief moment before people get tired of it after a while.

Morikawa: Globally, we currently have 270 million users. We have 37 game titles all together. Unfortunately, we don’t make information on the number of gamers versus non-gamers available to the public. It changes pretty regularly.

GamesBeat: App Annie, which tracks worldwide market numbers, often has Line titles showing up in the top 10 for Google Play. It seems surprising to see that, because it’s a relatively smaller base in a smaller country. But you have releases in the top 10 for revenue in the whole world. What explains that? Is it simply that some people are spending lots of money?

Morikawa: You might be surprised, but our per-user revenue isn’t that high. With so many apps available throughout the world, users tend to find one app, get tired of it pretty quickly, and move to another and then another. People change the apps they use very often. For us, our games are casual games, but we try to make sure that they’re attractive enough that they stick with people for a long time.

We’re using a system which allows users to compete against their friends. We reset high scores on a weekly basis. In the beginning, many users just enjoy the games alone, but soon they become more competitive, which leads to an expanding user base and eventually increasing revenues.

GamesBeat: How are developers monetizing their games? Someone just wrote a story for us on South Korea’s Kakao games and how they make money. The author pointed out that those companies quite often have a pay-to-play component, where the user will pay for a play session. In the U.S., a lot of people resent that, although with something like Candy Crush Saga, it’s becoming a common way to monetize now. Is pay-to-play a technique that works very well in these titles, or are there some other ways that your game makers monetize their products?

Morikawa: We’ve accumulated a lot of know-how in Japan on that point. We’ve done data mining on our social games to figure out the kind of design that works. The important thing is where people tend to drop out when they play a game. If you allow users to drop before billing starts, you’re losing users. So what’s important is to make a process that’s so intriguing that users don’t drop out, even after they start paying.

Countries which have more gamers seem to reach higher levels of games very quickly. So to avoid that, we may need to make the games slightly more challenging than they are in the rest of the world. Also, some users in specific countries like to work together, while other users in other countries love to compete. So when it comes to localization, language and design are important, but how we realize these other country-specific characteristics is also key.