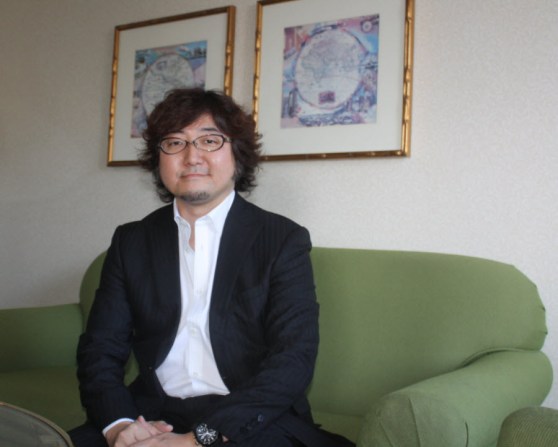 Above: Akira Morikawa, CEO of Line.

GamesBeat: Do you encounter globally appealing games that you don’t have to localize very much?

Morikawa: I’m afraid not. Most of our games, at least, are still very much Asian oriented. Many game makers are still based in Asia or targeting the Asian market. However, later this year, many U.S. and European-based companies are coming in to our market, so they might shift that trend. But trends in games change very rapidly, so where and when and how you grab on can be difficult to judge. One prime example is Angry Birds. It was the game of the year when it arrived, but now I don’t know if it’s that popular anymore.

GamesBeat: Do you have an observation about how popular messaging networks are in the U.S.? Tango and What’s App aren’t hitting as large a part of the population as messaging services in Japan. Maybe it’s because the cultures are too different or because the American infrastructure is a problem. Is anything holding back the U.S. market?

Morikawa: Speaking about communication alone, I don’t see much variation, even between different countries. But users tend to stick with something they’re familiar with. With regards to online search, for example, when Google came to the market, even though their technology was obviously superior, it took a while for users to move to Google from other search engines. In general, I think that the younger the users are, the less restricted they are by their past experience. They’re willing to try something new.

With that, Line has been well adapted by younger generations, regardless of location. Because of that, I think it’ll continue be successful the way it is.

GamesBeat: Facebook has more than a billion users, but a lot of children seem to want to avoid it now, to get away from their parents. Snapchat has become very popular because of that. So, would you rather be Snapchat, or would you rather be Facebook?

Morikawa: [Laughs] Snapchat’s features are actually incorporated into Line. But they’re creating a very tightly knit community. Facebook and Twitter are built around sharing. That seems to be their strongest characteristic. Because of that, they’ve been widely spread and widely accepted, but as you say, some people who’d rather not share so much have an allergic reaction to them.

Line is a closed community-based platform, just like personal email. If there are certain people you don’t want to share certain details with, you can adjust the settings to do that. Our users don’t have to worry about sharing too much with too many people as the community grows.

GamesBeat: What’s your future, then, as far as how large the game business could grow and also how mainstream your service could be? What’s your plan as you reach a larger size?

Morikawa: Besides our content business and the game business, we also have some other services. We’re in the ebook business and the fortune-telling business, and in the future, we plan to expand into music as well. That will be happening this year. Further out, we’re looking at e-commerce. We’re also providing a news service, Line News, and we may look at adding a search engine. Not all of this is rolling out globally in the same places at the same times, though.

Our service is heavily used for marketing purposes by other companies. We have what are called official accounts, which are used by different brands and companies. They offer coupons and other promotions like that. We did a very successful promotion with Softbank, which is kind of like the AT&T of Asia. It was built around the words “Get Connected,” which is a pun in Japanese. It sounds a lot like “Get Curry,” too. For Line users that opted in to these official accounts — you’re not marketed to unless you opt in — Softbank offered discounts on services, plus free instant curry rice.

Morikawa: I have to say, our services are all very similar. Whenever we set a benchmark, they copy it [Laughs]. So as far as how we’re different, we have very unique communication functions — text, stickers, voice messaging, video messaging. They’re always developing and evolving. Also, we provide new platform and service models on top of that, like games and e-commerce. In this world of what we’ve come to call multi-communication applications, we think we’re the top runner.

GamesBeat: Why do you have so few games? You could have hundreds or thousands. Why do you curate them so heavily?

Morikawa: As I said before, one reason is so we can maintain quality. We’re using platforms provided by Apple and Google. They’re largely open platforms. If you want to use them, you can. But if you do that in the gaming world, you’ll end up buried. What we’d like to do is have our users say, “There’s nothing like Line when it comes to quality games.” Also, having high quality games sends a message back to game providers: If you can put your game on Line, you’re guaranteed success.

GamesBeat: One thing we’ve heard game developers worry about is paying a large percentage to each platform. They pay a percentage to Apple, a percentage to Line. They feel like not much is left over. Is this going to possibly change in the future, as far as finding a business model that makes everyone happy?

Morikawa: First, yes, I do agree with you. The rates that game makers are having to pay to platforms like Apple and Google are relatively high. Recently, some services have been built on the Web, and by doing so you can reduce the commissions you have to pay drastically. Of course, I’m sure Apple and Google will find some new way of billing users around that [Laughs]. All I can say is that we need to be prudent. 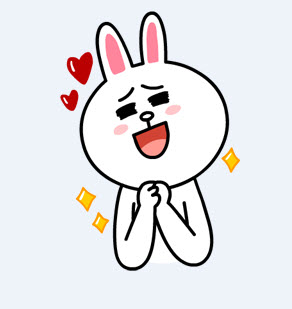 GamesBeat: Is your percentage of paying users higher than other platforms?

Morikawa: Purposefully, we’re not increasing it at the moment. Our experience is that the more paying users you have, the rate of continuance decreases. Our model allows us to have just an absolutely amazing number of users. Suppose you take an old-style Facebook-based game and a newer mobile game. Of course, Facebook has the larger user base. But because there are so many games available on Facebook, it’s very difficult for games to break into that market, especially as it became more and more popular.

As far as we’re concerned, our model is to bring users to our games ourselves. We’re doing this not because we’re paid to advertise them. Rather, we’re doing this through a partnership. Fundamentally, our way of thinking as a platform is different from others.

GamesBeat: Is it fair to say that your strategy is to become a global communications company? What else has to happen in order for you to feel like you’ve reached that goal?

Morikawa: What we hope to attain is, using communication as a base, we want to become a global infrastructure, a global platform. We’re continuing in the game business, and we plan to introduce e-commerce, but we’re not going to be a company that dedicates itself to those limited businesses. We want to provide many different things. But our focus is that we’re a communication-based platform company.

GamesBeat: Right now, it seems like a lot of mobile-messaging companies exist in every country. Do you feel like you need to acquire some to expand more rapidly in other countries or that others might be planning to acquire some of these services?

Morikawa: The reality is, when we get into a given market, we’re usually not the first one there. We’re the second or the third. There’s always another provider like WeChat already there. However, despite not being the pioneer into most markets, our user base has grown to the point that we’re a leader, not a follower. I believe that’s because the users, who are experienced and familiar with messaging services, quickly realize how advanced and evolved our service is. So right now, we’re not thinking about acquiring anyone. We want to continue to focus on spreading the products and values we have to a global base of users.