Apple reported its fourth quarter and year-end numbers for 2013, and the results are simultaneously amazing — and amazingly forgettable. 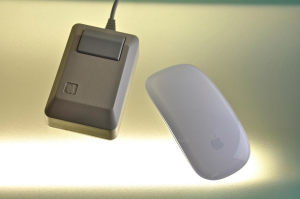 All those are incredible numbers for a company that had to beg, borrow, and steal to stay alive for much of the 1990s and early 2000s.

But they’re also incredibly forgettable, for just one reason: 2012 was such a massive breakout year for Apple, a year in which its stock soared to $700 heights and it seemed, for a time, that iPhones and iPads and maybe iTVs and perhaps even iWatches would conquer the world and Apple could do no wrong.

That kind of growth is extraordinary — and unsustainable.

The number of people using iPhones continues to grow — and market share is up to 38.3 percent in 2013, eMarketer says — but Android is growing faster. Android reached 45.9 percent market share this year in the U.S. and much higher share globally. And while the iPhone 5C was supposed to be for the less financially solvent as well as the more colorful, it hasn’t taken off to the degree that Apple watchers hoped it would, given its relatively high price.

The story is similar for the iPad. 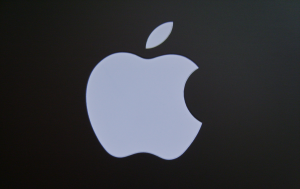 “While the number of overall iPad users continues to increase, Apple is losing share as others enter the market,” says Clark Fredricksen, a VP at eMarketer. “Apple’s share of US tablet users is expected to fall to 54.5 percent in 2013, according to eMarketer, from 58.9 percent last year and 83 percent in 2011.”

But there are some good things to look forward to.

“After a year to forget … we expect earnings-per-share growth to return in 2014 for a year that we believe will prove to be one of innovation,” Apple analyst Brian White said this morning in a research note.

Apple’s just-released iPhone 5S, 5C, iPad Air, and Retina iPad Mini will no doubt see very strong sales in the coming Christmas quarter, Apple’s fiscal Q1 2014. Analysts are predicting perhaps $58.9 billion in revenue for the coming quarter, which would be a record, and up from $46.3 billion in Q1 of 2012 and $54.5 billion in the first quarter of 2013.

That is exactly the tune that Apple CEO Tim Cook is singing.

“We’re pleased to report a strong finish to an amazing year with record fourth quarter revenue, including sales of almost 34 million iPhones,” said Tim Cook, Apple’s CEO. “We’re excited to go into the holidays with our new iPhone 5c and iPhone 5s, iOS 7, the new iPad mini with Retina Display and the incredibly thin and light iPad Air, new MacBook Pros, the radical new Mac Pro, OS X Mavericks and the next generation iWork and iLife apps for OS X and iOS.”