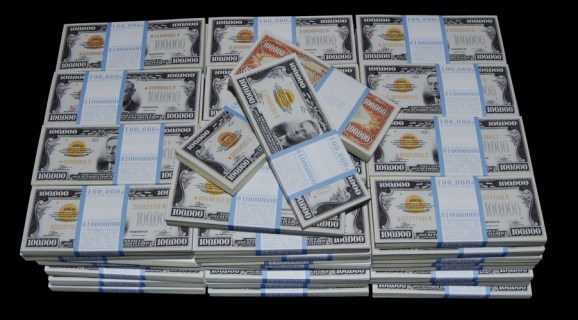 While most of us thought the “social enterprise” was played out, there’s a good reason to think this movement is just getting off the ground.

Top tech giants like Oracle, SalesForce, Google, Microsoft, and even IBM have been spending billions on acquisitions for relatively early stage enterprise social software startups (those with less than $50 million in revenue). At the time, many thought these large corporations were simply making bets to secure new lines of revenue. The truth, however, lies in something deeper. In fact, there are signs that the social enterprise is going to be one of the biggest games of the coming decade — and these tech giants haven’t cornered the market by any means.

While many of the acquirees were the biggest companies in their space (Buddy Media, Wildfire, Radian6, Vitrue, Yammer), their revenue rarely exceeded 5 percent of the total yearly growth for the industry.

According to IDC, spending by large enterprise on social software alone is supposed to grow by $1 billion per year over the next four years. That means the acquiring companies saw a big opportunity to grow these startups into massive business lines worth hundreds of millions — each. 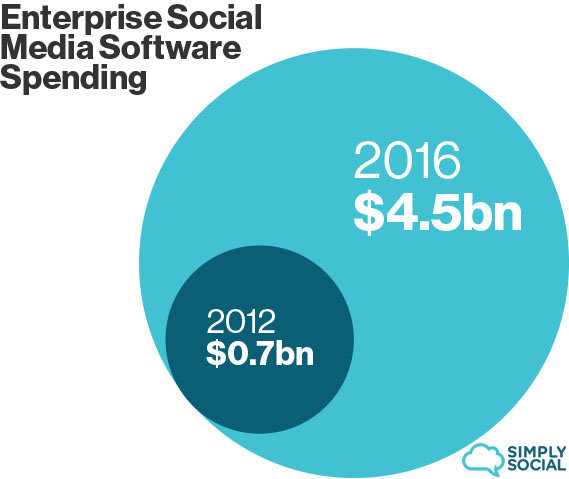 Then the data kept coming. Mainstream news sources for top executives like McKinsey started reporting that about $1 trillion (with a “t”) of value would be unlocked in a new economy powered by social technologies.

All of a sudden, Fortune 500 technology companies thought these new social-powered business lines would be selling themselves. Oracle’s direct sales force of 60,000 could just start fulfilling orders for their new Marketing Cloud (even though, ironically, competitor SalesForce has a product of the same name) instead of hustling PowerPoints across America’s boardrooms.

The social enterprise seemed to be the next gold rush for enterprise software makers. And everyone thought it was all over after a few acquisitions.

It’s not so easy being social

As Tesla-driving VC’s cashed in carried-interest checks worth a lifetime of blue shirts and khaki pants, they closed up shop on the social enterprise, considering this space “played out.” Yet the pitches kept coming. A group of seemingly “me too” startups delivered their well-rehearsed presentations in front of a choir of yawns sung by tired investors. “We’re not interested,” investors kept responding, “the space is too crowded.”

Yet the data didn’t stop. Some of the business lines around social weren’t taking off. Utilization rates on big contracts were lower than hoped, with poor execution and lackadaisical account management failing to turn staunchy corporations into lean, social organizations. The market continued to stay fragmented.

Buddy Media itself was rated 2.2 start (out of 5) by its employees on GlassDoor.com, a website where employees can review the companies they work for. Many cited a “disorganized product, lack of sensible forward direction for product/company” as a reason for their dissatisfaction at the company. One even went so far to say the company had “so much potential on a sinking ship,” which doesn’t exactly sound like a business you would pay $745 million for — as SalesForce did just one year ago, in October, 2012.

There was a shift in the industry occurring that most in big tech didn’t predict. On the high end, savvy marketers, who had previously braved the fog of war by participating in social media in the first place, began layering a variety of cheaper tools on top of each other. These businesses were using one tool for analytics, and another for publishing. They were comfortable building their own “social technology stack,” and didn’t need a single Fortune 500 tech company to assemble it for them.

And yet, on the lower end, most companies are having difficulty embracing social technologies as fully as they could. New research released recently by MITSloan Management Review and Deloitte reports that when asked to rank their company’s social business maturity on a scale of 1 to 10, 52 percent of respondents from around the world gave their company a score of 3 or below. Just 17 percent ranked their company at 7 or above.

I’d imagine that the 83 percent of large scale organizations outside of the 7-10 group would have a difficult time grasping the complicated products offered by SalesForce and others. And that’s where the market opportunity lies today.

Above: Social media skills of enterprises, as assessed by their employees

Things may soon be turning a corner. While 62 percent of all businesses don’t have a content strategy, new incumbents like Social Strategy Builder are free resources created by a consortium of companies looking to increase the level of sophistication in social software. We haven’t yet seen what kinds of results of tools like these can produce in the market, but it’s a promising change.

Now, investors have begun to realize things may not be over in this sector after all. There’s been a recent flurry of activity around new social software startups, and even some exits that keep things inspiring for newly committed capital. But it’s all still very early, and the majority of investors are still bearish on this space.

Marcus Nelson, founder and CEO of new enterprise social software startup Addvocate, says “it’s a much bigger opportunity — while consumers hate ads on social media, they love to see content they can relate to.”

The $1 billion of yearly growth in this space is staggering. That’s $105,000 of growth every hour. And yet the existing social enterprise companies simply aren’t meeting the needs of the majority. That leaves big opportunities to companies appealing to the larger, unsophisticated market with easy-to-use software.

There’s no doubt that big tech is going to have to reevaluate its own strategy in order to compete. Social was previously thought of as something that could be solved with expensive software. Instead, it signals a shift in how institutions think, communicate, and use technology.

A solution for creating a truly social enterprise won’t be found inside software alone. It’s more a more complicated story that involves people, change, and strategic thinking. It’s a challenge that’s just beginning to be understood.

In the words of John Wayne, “Courage is being scared to death… and saddling up anyway.” Don’t write anyone off yet.

Tyler Arnold is cofounder & CEO of SimplySocial, founded in October of 2011 with the idea that every organization should be empowered with the tools they need to tell their own story on social media. He previously founded Purlize and Tyler Systems. He has spoken at numerous events, including TEDx, and in 2011 won the Small Business Administration’s Young Entrepreneur of the Year award.