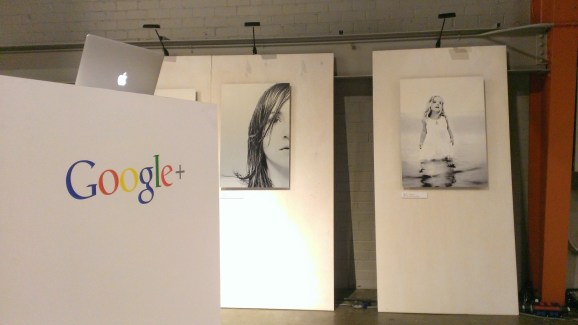 At NWBLK, the Google+ team was out in full force to talk about 18 new features, the bulk of them related to photo organization, editing, and storytelling.

Surrounded by huge photographs from prominent photogs on Google+, the gathered press learned from Google’s social SVP Vic Gundotra that for professional and other serious photogs, thousands of exposures at super-high file sizes are the norm and that Google wants to optimize for that use case — not just the casual user storing personal photos. 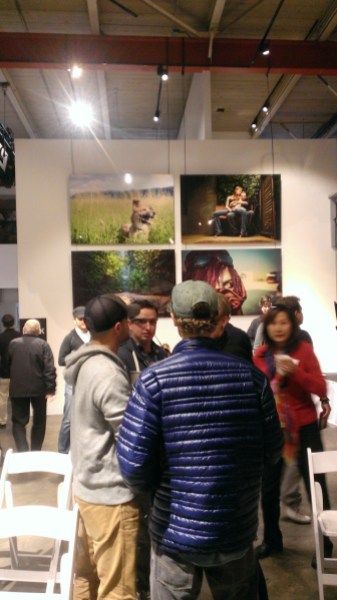 Above: Press and guests at Google’s photography-themed announcement event.

The move wasn’t totally unpredictable. The social network has been a friendly online home to photographers pretty much since its inception.

In fact, last spring, the first Google+ conference was held in San Francisco, and it was solely focused on the photography communities within the social network.

At the Google-sponsored event in May 2012, the company revealed its big plans to be the new Flickr for serious photographers.

“I feel photos are the lifeblood of our service,” said Google+ lead Bradley Horowitz during the conference in 2012. “They are the way we can most immediately and viscerally connect as human beings.”

That vision is taking form in a more concrete fashion now, with time-saving tools that pros can truly appreciate.

“We are building a service where you can trust Google with the full resolution of your image. … Some works were never meant to be downsized,” he said.

As announced at Google I/O, Google is rolling out highlights for photos (i.e., programmatically selecting the best, most relevant photos from an album with hundreds of images.

Google is also adding deep learning/image recognition in highlights and search, so you can look through relevant but untagged images just by typing keyworks like “apple pie” or “kids playing.” 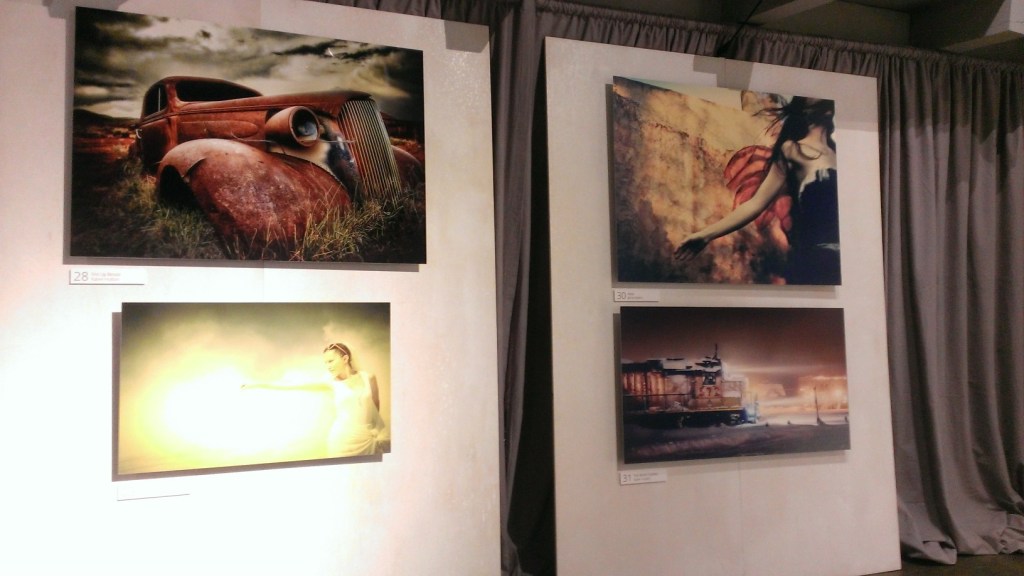 Above: A collection of images from Google+ photogs adorns the wall at NWBLK gallery in San Francisco.

Google+ photos are also getting auto-enhance features for entire albums if you are short on time; quick-edit tools that take minutes to use; and a Photoshop-like set of tools for cases when you have hours to spend on perfecting photos.

Auto-enhance can be dialed up or down, depending on how fancy you want to get. You can choose to automatically add more vignette, more saturation, HDR-like effects; or less adjustment for a more subtle effect.

For mid-level editing, Google’s harnessing the power of Snapseed, a mobile photo-filter product, to do HDR photos for dummies — rather, less experienced photographers who don’t do tone mapping and multiple exposures.

Here’s something cool: Google can now tell when you’re shooting an action in sequence and combine the images of the various steps of an action into a single picture — not as an animated GIF, but as a single shot. E.g., you can watch a horse run across a field step by step in a still.

Also, the new auto-awesome eraser can remove extraneous objects and people from an image, all without you having to select, cut, fill space, and tweak, tweak, tweak.

For videos you’ve shot, Google+ is getting Adobe Premiere Elements-like features to compile images, videos, and licensed music into a single video clip and to apply filters to the clip. It’s also got Instagram video-like camera stabilization features and features for trimming clips and selecting total clip length.

“We’re thrilled to watch this grow across the world, and we’re just getting started,” Gundotra said at the close of the event.

“We’ll continue to listen to feedback and make it better. Google aims to revolutionize photography … and how you tell your story across photos and videos.”