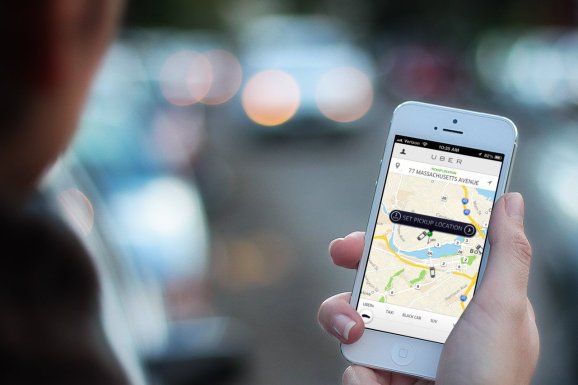 Eighteen months ago, people stood on San Francisco’s windy streets, arms held aloft with the desperate hope that an available cab would cruise by.

Then Uber hit the scene, and Lyft and SideCar and Flywheel, and we got spoiled.

“All of Uber’s old-school power users have gotten used to Uber and simply expect our service as a baseline at this point,” he wrote. “What I mean is that as you have gotten used to Uber, your expectations of basic fundamental service have risen […] We like being held to a higher standard, but there are significantly complex technology and business model fixes to bring the Uber thunder you guys are looking for.”

Kalanick’s response was humble. He offered some metrics to show that Uber continues to do well in San Francisco and gave explanations for some of the grievances.

“Our SF business continues to rapidly grow at a healthy double-digit month-over-month percent clip, in fact faster than our growth last year when we were far smaller,” he said. “This means that we have to continue to get massive amounts of drivers on board as quickly as possible. Supply for experienced drivers in the city is dwindling, and that means introducing tens of thousands of new people into the commercial driving industry.”

These complaints are basically a result of Uber’s success. The “old-school power users” are used to an Uber experience where cars come instantly, where the drivers behave like personal chauffeurs, and surge pricing happens occasionally.

Basically, when there were fewer people wanting to use Uber.

On the one hand, I want to tell the whiners to quit their whining — you will survive the extra six minutes of waiting, and that “poor service” is probably still better than a taxi driver or, dare I say it, a bus.

However, on the other hand, Uber bills itself as a “luxury” service, one that improves the experience of transportation for all, and eliminates common grievances with the traditional taxi industry.

Its success is built on the quality, so these things do, in fact, matter. That’s why Kalanick, a man who is running a rapidly growing international business that regularly faces legal battles, took the time to craft a direct response.

“It’s a sign of strength in a company when the CEO can talk candidly about problems like this,” said Y Combinator founder Paul Graham in a comment on Hacker News. “Every company has problems, most worse than this, but they rarely talk about them except in the blandest, most evasive way. Conspicuous candor.”

Maintaining a high quality of service while scaling quickly is a difficult balancing act. In many cases, quality falls at the expense of quantity and speed. The reality is that any service with millions of users and dozens of markets will have a mixed bag of fans, complainers, and people who generally like the service but perhaps have had the occasional subpar ride.

Car services and ride-sharing apps have gained an incredible amount of momentum over the past year and a half. You can’t cross a street in San Francisco without seeing an Uber black car pulling over, a Lyft mustache, a Sidecar mirror cover, and cabs covered in Flywheel stickers.

Since its black car origins, Uber has added in a lower cost UberX service as well as SUVs and traditional taxis. The company manages to simultaneously act as a luxury service, a cheap way to get around town, a disruptor of the traditional taxi industry, and a promoter of it.

And somehow, amidst all this, Uber manages to deliver stranded school children to school and deliver people kittens — all while remaining eminently on-brand as “Uber.”

Uber, like humans, is experiencing growing pains. It started out as one thing, grew like a weed (helped along by $285 million in venture capital), and is emerging as a multifaceted adult — one that is mature, complicated, and like all of us, flawed.