Flowtab, EveryBlock, EggCartel: There’s a reason you’ve probably never heard of these companies. They’re just three of the many local marketplace businesses that have essentially grown themselves to death.

Flowtab‘s app enabled bar-goers to order and pay for drinks at their favorite bars without bringing a wallet, and EveryBlock was NBC’s hyper-local news division. EggCartel aimed to give Craigslist a run for its money with EggDrop — a local, mobile marketplace app.

All three would have been described as successful at one point in their existence, but in all three cases the drive to grow faster and to generate revenue more quickly played a role in untimely shutterings. Flowtab was featured in the Apple store at launch, but in most locations didn’t yet have many (and in most users’ cases, any) bars signed up. The company spent most of what it earned throwing parties or launching gimmicky campaigns to sign up more bars and found that while the gimmicks worked for a time, the app failed to gain traction organically.

EveryBlock, despite its Knight Foundation backing, could not make the hyper-local business model work the way NBC executives thought it should. EggCartel’s EggDrop app hit half a million “users” in its first year, but failed to organically generate the demand for those that listed items. As a result, sellers were unhappy, listings growth slowed and became stale, which created an even worse experience for potential buyers. That lack of balance of supply and demand, or liquidity, proved to kill Eggcartel and many, many other marketplace businesses.

When people — particularly investors — think of successful local marketplace businesses, they think of Yelp, OpenTable, maybe GrubHub, and Task Rabbit (to give our portfolio a little plug). What few realize, however, is that even the most successful of these businesses require time and patience to realize their full potential.

Consider OpenTable: The company launched in 1998 and seven years later only posted $16 million in  revenue. It wasn’t until around 2006 that the company’s revenue and growth really accelerated, and it has continued to post growth and profits since its initial public offering in 2009. Its founders credit the company’s success with a slow growth plan that included targeting key metro areas in North America first, then expanding throughout the country and, finally, internationally. Yelp, meanwhile, launched in 2004 and 2013 is looking like it will be the company’s first profitable year. GrubHub also launched in 2004, and took three to four years before it really started to hit its growth stride ahead of raising its second round of funding.

Local marketplace businesses don’t just grow slowly because it takes time to build up community, to establish trust and credibility (which it does), but also because it’s tricky to get the balance of supply and demand right. People often describe it as starting two businesses and in a sense, that’s true. You’ve got to be a business-to-business (B2B) and a business-to-consumer (B2C) company at the same time.

Had Task Rabbit launched with a bunch of Rabbits and no one needing them to do anything, for example, those folks would have gotten bored and maybe gone off and done something else. Probably worse, had it launched with a ton of users and only a few Rabbits, people would have struggled to find anyone available or willing to take on their task and, having had a bad experience once, would disappear and never come back.

This is critical. Ensuring the appropriate balance so that the supply side stays active, motivated, and engaged in the community while the “fill rate” (the percentage of times that a consumer request for a service or product is filled) for the consumer is high has to be at the forefront of any entrepreneur’s plan for this kind of business.

Time and again I’ve seen investors try to artificially speed up the pace of growth for these types of companies — either through big marketing spends or rapid expansion into new markets — and it rarely works. I’m generally not a fan of paid advertising as it becomes a drug that is very difficult for a company to get off and have found that it can really throw off the balance of a local marketplace.

In my experience, it’s also true that if you try to grow a local community through paid advertising and marketing, rather than word-of-mouth or PR, you end up with low-value customers who may use you, but are generally less interested and less valuable than those that come through PR or organic channels. And they almost certainly won’t be telling their friends about your site or sharing their experience with their Twitter followers. That’s why the most successful consumer businesses such as Facebook, Twitter, Open Table, Yelp and even Uber grew for the first few years almost entirely organically and without any paid marketing.

Similarly, if you try to expand a local marketplace business to new geographic locations too quickly you end up with what I’ve taken to calling the Zaarly problem: A false presence in too many places. When Zaarly launched as a request-marketplace, it did so nationwide and boasted a high number of users and a high number of locations. The story those numbers hid, however, was that the users and the locations weren’t aligned. You had a ton of users in one town with goods or services to sell and no one buying, and buyers in other towns with no one to sell anything to them.

We’ve seen many companies in other industries take similar national approaches for local marketplace businesses and they’ve nearly always failed (CitySearch and Gilt’s local food experiment Gilt Taste jump to mind, but there are many others). Rather than shut down entirely, Zaarly has pivoted and reinvented itself as a local retail marketplace (along the lines of Etsy, Shopify, and Storenvy). Time will tell what its executives or investors have learned.

Investors and founders of these types of businesses need to have patience around getting the balance just right, and it’s the sort of thing that just develops more slowly than other consumer businesses like Snapchat or Instagram. Those companies can grow at a faster rate through social channels because of the inherently social nature of their product, their lack of geographic constraints and the relatively minimal operations and infrastructure required to launch those products.

That’s why it’s so important for entrepreneurs who are building out local marketplace businesses to connect with investors who have experience in the space. If you’re an entrepreneur in this space, you need to know that your investor understands how these businesses are built and that they don’t look at the typical local marketplace revenue ramps and expect user growth like social media businesses or the revenue growth of fast-growing e-commerce companies.

You want an investor who understands that slower revenue growth doesn’t necessarily mean an unhealthy business and that it maps to the early revenue growth of successful companies such as Open Table and Grubhub. Without that investor, an entrepreneur could find themselves being pressured to pour a bunch of marketing dollars into growing their community more quickly than it really should be, before the product fit is there.

The sole exception I’ve seen in this space are the ride-sharing apps like Uber and Sidecar, which have taken off like a rocket ship and don’t show any signs of slowing down. Companies like these have grown incredibly quickly on a relative basis due to a few factors. First, it’s an inherently social product in that a user of the product often exposes the product to several other people while e-hailing the car or during the ride. Secondly, it addresses a known and, up to now, accepted pain point (no one thinks the traditional process of hailing or calling a cab really works well). Third, it provides an experience of transparency, reliability, and convenience that is significantly better than the status quo.

In the case of most other marketplace businesses, however, investors need to be patient about both revenue and scale. In some cases, a local marketplace site can scale quickly, but you should make sure that the local market by market product and liquidity metrics look great and grow more patiently and organically, than artificially driving the growth through paid marketing or premature national rollout. 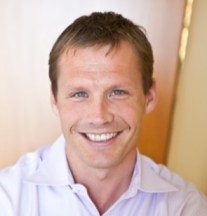 Justin Caldbeck is Partner at Lightspeed Venture Partners. He invests primarily in the Internet and mobile sectors with a focus on social media, e-commerce, and enterprise software. His current investments include Bloomreach, GrubHub, PetFlow, and TaskRabbit. He has also been a board member or board observer for numerous successful companies, including TheFind, INRIX, Adready, Magazine Radar, Oyster.com, and DNA Games. Before joining Lightspeed, Justin was a partner at Bain Capital Ventures and was responsible for launching the firm’s West Coast office. He was both a board of directors member and observer for a wide variety of consumer Internet, enterprise software, and business services companies, including BloomReach, TheFind, Adready, INRIX, DNA Games, Oyster.com, and Magazine Radar. Before Bain Capital Ventures, Justin was at McKinsey and Co. where he served consumer and media companies in a wide range of capacities. Follow him on Twitter @dukeblue35.