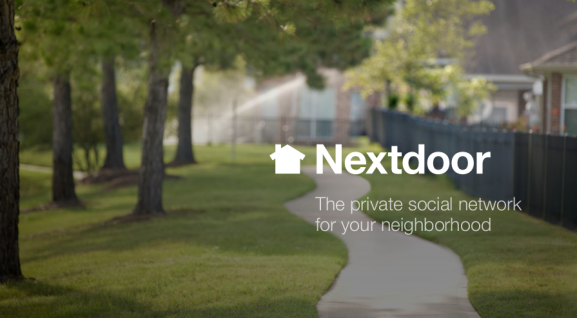 Go on, ask for a cup of sugar. It's not that hard.

Apparently it requires over $100 million to get people to engage with their neighbors.

That’s how much funding Nextdoor, a private social network for neighborhoods, has pulled in over the last 18 months after just closing a fresh $60 million round.

“We believe Nextdoor can be to our local life what Facebook is to our social life and what LinkedIn is to our professional life,” founder and CEO Nirav Tolia told VentureBeat.

Users join Nextdoor only after verifying their home address. It provides a trusted and protected online forum for neighbors to communicate about local issues like crime, public spaces, schools, and service recommendations for things like babysitting or interior painting.

Tolia said the overarching goal is to make communities across America safer and stronger.

The company has experienced phenomenal growth over the past two years and now claims to be active in 22,500 neighborhoods across the United States — approximately one out of every seven.

The number of neighborhoods where it’s active has increased by 400% in the last year alone, and nearly tripled since it closed a $21.6 million in February 2013.

The inspiration for Nextdoor came after Tolia learned from startling statistics about the state of the American neighborhood.

A poll conducted by the Pew Data Institute in 2010 that found that approximately 30% of Americans do not know a single one of their neighbors by name. Tolia also referenced a book published by Harvard Professor RobertPutnam titled Bowling Alone, which examined the clear benefits of strong communities and the threat weak communities pose to the overall wellbeing of their inhabitants.

The Internet is a powerful mechanism for connecting people and has incredible capabilities to bridge geographical distance. The irony is that it is now easier for me to connect with my sister in Japan, than with the people who live in my apartment building.

Nextdoor aims to get people to interact in the real world.

“The more users communicate using online mechanisms, the more likely they are to communicate in person,” Tolia said. “If you use Nextdoor to get to know your neighbors, you are way more likely to walk outside the door and meet them in person.”

The task of creating an online community where people feel comfortable posting sensitive and personal information — like their children’s’schools and details about their homes — comes with significant challenges.

Users need to know that what they share is protected and gain genuine value from the site. It is not a forum for gossip, and the most recent update included a focus on crime and safety. The platform now features security tools such as urgent alerts pushed to mobile devices and integration with police and fire departments.

Another initial challenge was how to create the neighborhood networks themselves.

Nextdoor requires someone in the community to take initiative and get things started. Then Nextdoor uses offline engagement techniques like flyers, postcards, and paper invitations to prompt other community members to sign up, using a piece of mail that explains Nextdoor and provides sign-up instructions.

Word-of-mouth has also been a powerful driver of Nextdoor’s growth, as have hefty amounts of venture capital.

The more than $100 million the company has raised in the past 18 months will support Nextdoor’s continued growth and development of new features. Tolia said the company plans to expand to English speaking countries abroad, starting with Canada, the United Kingdom, Australia, and South Africa.

It is based in San Francisco.

In the words of Mister Rogers, “Won’t you be my neighbor?”