Rumble Entertainment has closed a $15 million round of funding to fund its hardcore free-to-play mobile games. 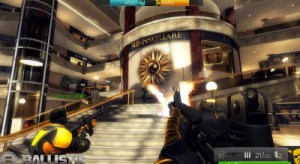 The company previously announced that, as part of this funding round, it had received a strategic investment from Asian online gaming giant Nexon. Now it is announcing that it has closed the round and has also added Triplepoint Capital as an investor. Existing investors Google Ventures and Khosla Ventures also participated.

Greg Richardson, chief executive of Rumble, said in an interview that the money will help the company develop its hardcore free-to-play games with the proper patience needed for high-quality titles. To date, the company has now raised more than $35 million, including some from unnamed investors.

Richardson said that he believes Nexon will help the company take its titles to Asian markets over time.

“Nexon is the picture perfect partner for us,” Richardson said. “We are building synchronous multiplayer games playable across mobile devices and the web. That takes time and larger teams. We are doing things no one has done before. And we will be in a market that Nexon understands well.” 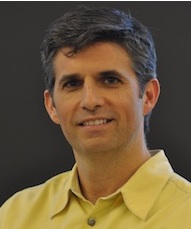 Balllistic is being built with Unity’s game engine, and KingsRoad has been made in Flash. Rumble’s aim is to make its games easy-to-play and accessible while deep and engaging at the same time. He wants to make high-quality, no-download, no-installation social games that have the same kind of immersive action as console titles.

KingsRoad is in beta testing and it will debut on iOS in the first part of 2014, Richardson said.

Earlier this summer, Richardson said the company had learned how to be patient. In mid-2012, it tested KingsRoad in the market and found that while people played it and liked it, they didn’t come back. So the company went back to the drawing board and tweaked the game. They tuned it into a service that improves over time.

As for the larger game market, Richardson said,”My view is the majority of investors have started to turn away from investing in games. They saw it as a place where there was easy money to be made. There were entrepreneurs who found they could make games very inexpensively and build a company. Now the market has woken up and found there are 40,000 copies of the same games.”

The decline of companies such as Zynga have soured investors, and it has taken a while for some of the investors to come back into the market. Asian game companies like Nexon are among those who are filling the gap. And Richardson believes they will be attracted to game startups that differentiate themselves.

Richardson said that his company is publishing titles made by other developers. Ballistic is a case in point. That game is being made by Aquiris, a Brazilian game studio.