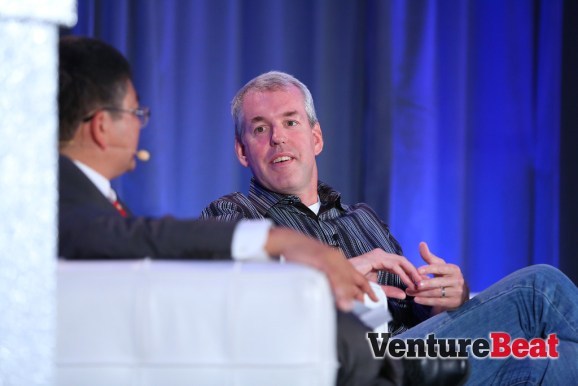 Facebook's game partnership boss talks multiplatform and the state of gaming on the social network at GamesBeat 2013.

Facebook still believes in the power of its social network for game developers, and it’s not going to cut its revenue-sharing fees.

Speaking in a chat at the GamesBeat 2013 conference in Redwood City, Calif., Facebook head of game partnerships Sean Ryan discussed the state of the social network’s gaming ecosystem. The executive defended Facebook’s place in the wider gaming market and said that the future is all about games that launch on Facebook and mobile simultaneously.

Ryan’s discussion prompted a question from an audience member about whether Facebook would lower the fees it charges game developers to use its platform in the face of rising competition. The Facebook gaming boss had a simple answer.

“No,” said Ryan. “We think that we deliver value.”

Facebook takes a 30 percent cut of all revenues that a game generates on its platform. That’s equivalent to what Apple and Google charge developers on their respective marketplaces.

“There’s nothing special about 30 percent,” he said. “In general, we think it’s the right balance of value. We have 1.2 billion users — and [paying the fee] is a way to reach them.”

Ryan acknowledged that mobile is growing “like crazy,” but he warned developers that it’s a crowded space with expensive user acquisition. This is where Facebook believes that the multiplatform approach is key.

“What we find from our better developers is that the multiplatform approach really works for them,” said Ryan. “Especially with [tools like] Unity that help [studios avoid] having two separate development teams.”