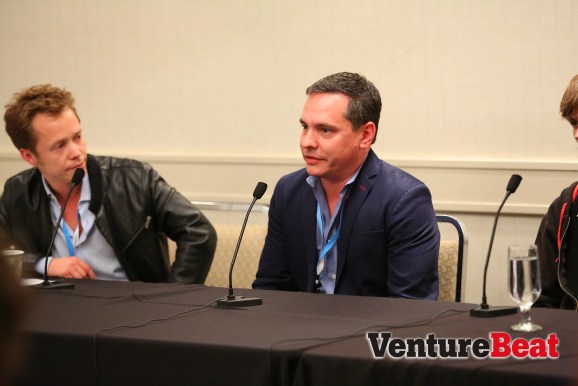 REDWOOD CITY, Calif — The largest North American e-sports league, Major League Gaming (MLG), is quickly becoming a global leader in sports broadcasting. MLG’s growth is so large that it’s on pace to surpass one of the U.S.’s most popular sports, the National Hockey League (NHL).

“We’ll be bigger than the NHL in terms of viewership and revenue in about two years,” said Mike Sepso, the co-founder and president of Major League Gaming.

A bold statement some might say, but when you consider MLG’s growth over the past three years, Sepso’s prediction doesn’t seem so audacious. Major League Gaming’s live audience growth has increased by 600 percent since 2010. The results? MLG now exhibits its own streaming platform, which broadcasts over “120 hours of original live e-sports programming per month,” Sepso said.

Naturally, surpassing the NHL isn’t MLG’s only stretch goal. Sepso and his company have plans to continue to grow and outdo other traditional sports-broadcasting networks.

“I think NASCAR is next,” Sepso said.

MLG’s advancement has even attracted two new board members: Daryl Morey, the general manager of the Houston Rockets pro basketball team, and Ryan Kavanaugh, the chief executive officer of Relativity Media, a company well versed in TV and film production and distribution.

There is no denying the growth of video games as a medium. Especially when you look at the numbers. And truth be told, the NHL isn’t the only sports network in danger of getting eclipsed by interactive entertainment.

Presently, the NFL is being outdone by its own derivative. Fantasy football, according to Forbes, has already surpassed the NFL in annual revenue, totaling around $11 billion. The NFL’s current yearly revenue falls just under $10 billion.

It may not be too long from now when ESPN exhibits a newly invested e-sports division. If not, it’s Major League Gaming’s show to steal.