This is a guest post by venture investor Bryan O’Connell

When it comes to venture capital, Europe has long been the poor relation to its cousin across the pond.

You can cut the data in a number of different ways. A recent OECD report suggests that the U.S., with over $26 billion invested in 2012 alone, has more than an 8 times edge in dollar terms, but the difference is most definitely substantial.

The delta is even more marked to anyone who has ever spent time in both tech ecosystems. Notwithstanding the efforts to add “Silicon” as a prefix to a wide variety of European locales (think Roundabout, Docks, Allee, and so on), I’ve yet to find a place in Europe where engineers are revered to the same degree as they are in San Francisco.

This difference is understandable. Even though more than half of its citizens share a common currency, the European Union is far from a single economy. Rather it is comprised of 28 different postal services, taxation regimes, banking systems and sets of regulations, not to mention the 24 official languages.

Consequently, for a company to be ‘venture scalable’ in Europe has historically been far more challenging than in the United States.

Recently however, an increasing number of international scale startups have started to emerge. Berlin and London have developed viable startup ecosystems that are largely web based and focused on their respective  domestic markets.

Meanwhile, the Nordics are emerging as a mobile powerhouse. Global distribution driven by the app stores means that talented developers are no longer hampered by their small local markets. And gaming, one of the most lucrative categories on mobile, requires relatively little geolocalization.

The problem arises, however, when the two guys from Helsingborg with fifty thousand downloads a day decide to go out and raise money. Their window of opportunity for doing so is relatively short, as without resources, the popularity of their game will likely begin an irreversible slide.

However, on beginning the fundraising process, they will find a market with which they are unfamiliar and where there is little handholding. Diligence processes for a $100,000 raise can be grueling in their severity, and angel investors who made their money the old-fashioned way tend to baulk at West Coast valuations.

Furthermore, there are still only a handful of incubators, and the supportive culture that is such a core part of the San Francisco tech community is far less developed.

All of this is positive news for an investor willing to take an entrepreneur friendly, more Silicon Valley-like approach. A willingness to offer simpler terms, provide guidance to founders, make quick decisions and seek out investments that are a little further afield could mean that your portfolio contains the next Spotify or Rovio, rather than just another “Airbnb for dogs” or “Uber for cats”. 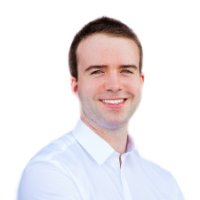 Bryan O’Connell is a former venture capitalist with BV e.ventures, a global venture capital firm with a presence on four continents. While at BV e.ventures, he invested in consumer internet and mobile companies across Europe and North America. He received his MBA from Harvard Business School and a BA in Finance from University College Dublin, and has recently moved back to Europe to work on his latest startup.