BioShock is not a traditional horror game, but that doesn’t stop it from being one of the most creepy experiences of this generation. The decaying city of Rapture and its deranged Splicer inhabitants are genuinely unsettling — especially when they take you by surprise.

Exploring Painless Dental in the Medical Pavilion starts off innocuously enough, but it’s not long before the tension increases. An obscuring white mist fills the room. This is normally where something nasty leaps out at you and chews your face off.

When the fog lifts, you see a corpse sitting in what was a previously empty dentist’s chair. This is where a sane person would logically turn and run, but there’s a tonic and a voice recorder on the desk, and you’re not going to leave without them, right? You pick them up and turn around to leave — OH HAI SCARY DENTIST SMASHING MY FACE! I DIDN’T SEE YOU THERE!

Sure, it’s a cheap jump scare, but it was very effective. So effective, in fact, that Irrational Games would go on to use the exact same scare years later in BioShock Infinite. And I totally fell for it. Again. Damn you, Ken Levine.

I’ve already spoken at length about this particular scare, but nothing has come since to usurp its demented little place in my heart. Silent Hill 4: The Room is a binary split between shoddy third-person combat and a much smoother first-person exploration of protagonist Henry Townshend’s apartment. The layout of the bachelor pad is incredibly familiar (designed expressly after common Japanese floor plans of the time) and banal, acting as a sort of “safe zone” to the tense moments defending yourself from the wretched abominations of Silent Hill.

While not set in the town proper, Henry’s apartment begins gradually showing signs of Silent Hill’s trademark Otherworld infection. Soon even the hole in the wall you use to spy on your neighbor Eileen Galvin (go with it) isn’t safe. After each segment in the outskirts of Silent Hill, the kid form of serial killer antagonist Walter Sullivan (again, go with it) points out the nonplayable character who will be his next target. Up until Eileen, all of these victims were identified outside your apartment. But after kid Walter appears in your window and points to Eileen’s apartment, looking through your peephole shows an empty room.

After rescuing Eileen from Sullivan, you return to the apartment and look through the peephole out of a habit the game had drawn out of you over the previous six to eight hours. And while the room is still empty, the cuddly pink Robbie the Rabbit doll that had been sitting next to Eileen’s bed is now covered in blood and pointing directly at you through the peephole. This little jump scare took nearly two-thirds of the game and could be missed entirely, but it was majorly effective. My shout of surprise woke everyone up in the house that night, and couldn’t pick up the game for a week.

Author’s Note: Shoe would like it to be known that he picked the same scene from BioShock independently from Stefanie.

I love horror flicks and games, and I don’t normally scare easily. But video games have made me realize that I can get freaked out by things that aren’t supposed to be there.

Two memorable scenes come to mind. The first is in the first-person shooter F.E.A.R. I remember walking alone down a dark, quiet tunnel. As I passed a fire, my shadow projected onto a brick wall in front of me. Suddenly, joining that was another shadow of a little girl running behind me. I quickly turned around — no one else was there, of course.

The other moment startled me in a way that had me cursing the developers for getting me so good. In the original BioShock, I was exploring an abandoned surgeon’s room that had all the charm of a decaying morgue. In the back was a power-up goodie — placed in the corner for a reason. After I grabbed it, I turned around to leave, only to face someone who wasn’t there just a moment earlier. A sick, twisted Splicer dressed in filthy, bloody doctor’s gear, skull-bashing wrench in hand, was just standing over me, staring me down in silence.

To this day, I consider the guy who designed that scene to be a jerk. 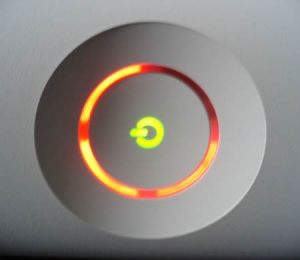 For those with an overdrawn bank account and rent due in a week, this is probably the biggest gaming scare of them all: a console’s extended warranty, Coincidentally expiring a month before the hardware goes belly up, it all comes off like a deal with the devil in an episode of The Twilight Zone. You try all the tricks and rituals the Internet has to offer to revive your beloved machine. You even occasionally get it to boot up for about 20 minutes of some “little less glitchy than yesterday” gameplay, but it soon becomes obvious that these are the death rattles of an ex-console.

It then comes down to either paying for groceries or paying the guy on Craigslist who claims he can revive your machine. You’re hungry, but you really don’t want to miss out on double XP weekend — so the choice is obvious. With your luck, it will be the Craigslist guy whose one bedroom apartment is on the shady side of town, the one that looks like it doubles as a part-time crack den. You’ll drop your corpse off for reviving but question if you really want to come back to retrieve it. It doesn’t look like the type of neighborhood that will fall for your antimugging technique of “stuff my cash in my shoe.” Who are we kidding? Of course you’ll risk getting jumped and go back to pick up your revived console … which will reward you by recommitting suicide in a week.

Be sure to weigh in on the discussion, by letting GamesBeat know of the greatest video game scare you’ve ever experienced! Send the moment (along with a link to the video evidence, if available) to @GamesBeat on Twitter, making sure to include a link to this article. You must be following @GamesBeat in order to be eligible. Two winners will be randomly selected from your submissions and will receive a game on the platform of your choosing (download voucher or physical copy) from our awesome collection. Submissions will be accepted until Saturday, Nov. 2.