Healthcare.gov has been referred to by the national press as “excruciatingly embarrassing,” “a poster child for the federal government’s technical ineptitude,” and “a mess.”

Since it launched almost three weeks ago, HealthCare.gov has stymied millions of Americans, who have struggled to log in and shop for health insurance they may be eligible for under the Affordable Care Act. In subsequent congressional hearings, federal contractors pointed the finger at each other and the government for the ongoing technical issues.

Silicon Valley’s technology entrepreneurs have described in recent interviews how they would have approached the project differently from the start.

Sustained failure is not an option at the world’s leading web companies — systems are designed to scale quickly and handle an influx of traffic. HealthCare.gov would be running smoothly, they say, had it been developed using open-source and cloud-based technologies.

“I would personally like to see the government default be open source,” said Scott Chacon, cofounder and chief information officer at Github.

Github is a well-known open source code-hosting service, so Chacon has a reason for touting the benefits. But he’s not the only one demanding that the feds embrace a modern approach to software development. 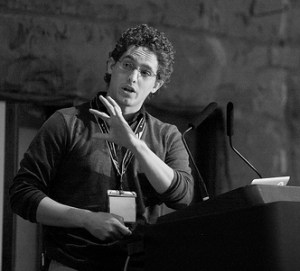 In recent months, San Francisco-based Github benefited from the negative press around closed-sourced, legacy IT systems. Tech experts say it’s actually more secure to use open systems, as the best hackers can collaborate and point out potential security holes.

“Hiding the code and assuming that nobody will be able to get into it because they cannot find it is not real security,” Sam Reed, a Javascript hacker who uploaded code from HealthCare.gov to Github to examine it, told NBC News. “If anything, I think it makes (a site) susceptible because it creates a false sense of security.”

During a visit to Github’s headquarters, executives told me that local and federal government agencies are rethinking the way they ship and manage code. Early federal government GitHub adopters include the Federal Communications Commission, NASA and the Consumer Financial Protection Bureau.

“Government agencies can learn from each other — and from the world’s most brilliant developers,” said Chacon. “Everyone is on the same team.”

Open source is the only viable option

While HealthCare.gov is a political embarrassment for the Obama administration, it has been a boon for open-source computing.

Chacon does not believe that open-source technology is a magical solution. A Github presence won’t turn the government into a hotbed of computing innovation overnight.

However, it’s fair to say that an open-source approach would have made any issues with HealthCare.gov more apparent before the Oct. 1 launch.

“There is a huge benefit to having software done in the open for usability, testing, and performance,” said Tim Clem, a product lead at Github. “It’s part of good security having an international audience review code and say, ‘These mistakes have been made before’.”

The open-source movement dictates that source code is available to the general public for modification or use. Open source is designed to be inherently collaborative, with programmers improving upon the code and sharing these changes with the community. Just about all the major tech companies — Google, Facebook, Twitter — have a presence on Github.

These web giants deploy code on a regular basis — sometimes multiple times a day. To avoid flawed releases, they have discovered that the solution is more transparency, and not less.

Within the past year, Chacon said that White House developers have a more active presence on the site. He told me about one senior programmer with a White House emoji, who accepts changes and suggestions for various government projects from the multimillion-strong community of Githubbers. 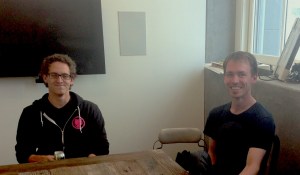 To keep up with the demand, the company recently appointed serial entrepreneur Ben Balter to lead Github’s government push and has recruited folks from nonprofit Code for America. The slogan for the recently launched government.github.com site, which launched with 120 global organizations on board to share code? “Make government better, together.”

In recent months, Github has worked with IT teams in San Francisco and Chicago city governments to open up their municipal code. Third-party developers are developing applications to benefit residents — for instance, an app that tracks traffic around bike lanes in real-time to prevent accidents.

The need for procurement reform

HealthCare.gov isn’t the only clunky, closed-sourced technology system produced by federal contractors. Bob Kocher, a venture capitalist at Venrock and one of the authors of the Affordable Care Act, joked in a recent interview that it’s actually one of the “best looking” government websites he’s seen.

Harper Reed, who led a team of brilliant programmers during the Obama reelection campaign, pointed out in a New York Times op-ed that this is the most recent in a “string of information technology debacles” by the feds.

However, we expected better from HealthCare.gov, given that crack team of tech workers helped Obama get reelected. This may not be a fair assumption, as a campaign isn’t as mired in the same bureaucracy and restrictions as a federal website is. Nevertheless, the campaign secured Obama’s reputation as a “digitally savvy” president. 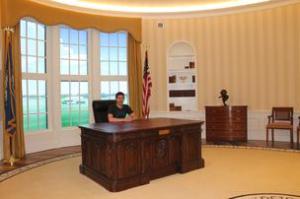 Above: The Github “oval office” is modeled on the White House

As Reed pointed out, the crucial next step is for the federal government to make it easier for innovative tech companies and small businesses to win contracts. Google and Oracle vets were dispatched to D.C. this week to fix the site. This prompted the public to question why these brilliant programmers weren’t working on the site in the first place.

The government follows a code called the Federal Acquisition Regulation, which contains almost 2,000 pages of legalese. Currently, federal contracts go to the companies that can untangle legislation best, and not those who can do the best job.

The solution? Long-awaited improvements to the federal budgeting process, which is arcane and typically has a three- to five-year lead time.

The negative exposure from the HealthCare.gov debacle will make it a priority for the government to review the procurement process, including regulations, labor, and technology systems. This could make it much easier for the hottest tech companies from the private sector to participate in government projects.

The government websites of the future

Open source now has its supporters in the highest echelons of government, including White House chief technology officer, Todd Park, and his predecessor, Aneesh Chopra.

“President Obama embraced a cloud first policy, and going forward I hope this may be among the last few major IT projects not built entirely on the cloud from day one,” said Chopra in an interview with VentureBeat. We spoke with Chopra shortly after Obama delivered a speech at the Rose Garden earlier this month offering an apology to the American public for the issues with the website, and promising to fix it.

When the Department of Health and Human Services first iteration of the HealthCare.gov website launched in 2010, Chopra assured me that it was developed with open standards in mind.

The federal government initially posted some of the frontend code behind Heathcare.gov on Github earlier this summer. It was taken down for reasons that have not been made particularly clear — CMS claims that it was overwhelmed with requests, although they could have simply disabled the Github issue tracker.

Development for HealthCare.gov kicked off three years ago, making it a bit early for some of the emerging open source and cloud movements. Most press reports failed to mention that Amazon Web Services was only certified for federal government business in as recently as March.

Five states who ran their own local health insurance exchanges — Massachusetts, Rhode Island, Maryland, Colorado and Hawaii — were able to use WordPress, an open-source project, to power their sites. Note that Massachusetts will likely become the poster child for success with the exchange — the state built its own version in 2006, signed under Gov. Mitt Romney (R), and that state had trouble when it launched as well.

These exchanges weren’t perfect by any stretch, but they performed far better than HealthCare.gov. In future, we should expect to see the feds leveraging all the benefits of open source and cloud technology, which is infinitely more flexible, collaborative, scalable, and capable of sustaining a high volume of visitors.

“More than 40 governments, by my conservative count, have policies that create a positive environment for open source use,” Mark Bohannon, vice president of global public policy at open source giant RedHat wrote. “We may truly be on the verge of a citizen CIO.”