Once upon a time, if you wanted to make it in the startup world, you had to be in The Valley for access to both money and mentoring. But as startup ecosystems begin to grow elsewhere, residency in California is no longer a requisite. U.S. founders have started to think globally, and the change affects where they go to start their companies.

Here’s why I opted to come to Europe to accelerate my business, and the differences I’ve found in the Berlin startup world.

When considering where to build a startup, Berlin has long been touted as a strong choice for young European companies, thanks to its well-documented blend of scene, infrastructure, ridiculously low prices, and creative vibe.

Beyond the initial hype, confidence in Europe is growing. There’s been a recent inflow to European equity funds from the U.S., and Europe has seen a proliferation of accelerators offering startups access not just to space and a community of mentors, but to the most active investors in the region.

From Coca-Cola to Microsoft, T-Mobile to Daimler, big brands are aligning themselves with the European accelerator model at breakneck speed. And while the top accelerators have always attracted international teams, the entrepreneurs have traditionally been from Europe. What we’re seeing now is that the more globally-minded U.S. founders are looking to Europe to begin their business journey.

For a language company, it makes perfect sense

I relocated to Berlin twelve weeks ago to be part of Startupbootcamp, a global accelerator based in Berlin with additional programs in Amsterdam, Dublin, Copenhagen and Haifa. As the founder of ChatLingual, a service that enables you to communicate in any language instantly through chat, being in Europe made sense.

Most Americans don’t have a personal understanding of language barriers — and why should we? The U.S. market has 300 million people with one common language, while Europeans speak more than twenty-five. ChatLingual needed to be near our customers, and both Startupbootcamp and Berlin provided the right opportunity.

In its inaugural Berlin program last year, Startupbootcamp had three U.S. teams. This year, the trend has continued with Chatlingual representing the States, and another two American entrepreneurs in residence.

Europe had already been on my radar. I was interested in Techstars London, and had lived in Germany when I was younger. During my tenure at Accenture, I spent months working across Europe, so coming to Berlin felt natural.

A very different concept of “venture”

While Europe was not new to me, the startup scene was, and I sought advice from mentors, angels, and venture capitalists before making the decision to move. Taking their advice, my plan was to come to Berlin, join Startupbootcamp, and develop a better understanding of the market. After just 12 weeks, our team has grown and we are seeing increasing traction. If ChatLingual continues to progress, and I can get the right valuation, I’d like to raise funding here as well.

But that’s one of my concerns: valuation. If you compare the amounts being invested across Europe and the U.S., the variance is a bit disconcerting. Series A valuations in the U.S. are significantly higher, even though Europe has twice as many people and a higher gross domestic product. In the U.S., we think “European Union: 750 million people.” In Europe, investors tend to think “Germany: 80MM people.”

In addition to lower valuations, I’ve also found that investors’ attitudes are quite different. Investors in the U.S. have a more optimistic perspective: “Well, this is a tough problem to solve, but the upside is huge, so what will you do to overcome the obstacles?” Investors I’ve spoken with here tend to focus on the downside: “We don’t think you can do this, and here are all the reasons why your idea will fail.” That perspective makes them less inclined to make early investments.

I’ve also noticed a different take on the word “venture. ” In the States, startup investors are interested in taking the risk to fund a vision. Getting traction takes time and money, and U.S. investors are more willing to fund the path to get there. Just take a look at top U.S. accelerators that offer convertible notes. In Europe, investors take a much more conservative approach: “Show us a business model we’ve seen before. Prove that your solution is working for customers and we’ll fund your growth.”

Despite the different investment perspective, Berlin has been great. Articles these days compare every growing tech hub with Silicon Valley, but Berlin isn’t trying to be Silicon Valley, and it doesn’t need to be. Berlin has always done its own thing. It’s a Bohemian city with a complicated history, and it is well-positioned for an awesome future.

One advantage is that Berlin is very affordable. I live in a huge, fully-furnished, high-ceiling flat in Kreuzberg (the Mission district of Berlin), and my month-to-month rent is $650. In the early stages of a company where $1,000 actually makes a difference, it’s a great reason for coming here.

Berlin has talented developers from all over the world, and the salaries are significantly lower than the U.S., with good developers at top companies earning salaries of 60,000 EUR ($81,000). Also, the intern culture here is thriving, and there is no minimum wage (unless your profession is carrying letters). ChatLingual’s two amazing interns both have Master’s degrees. They were looking to gain experience, and we were able to agree on a salary in line with someone bootstrapping a startup.

In terms of growth for ChatLingual, Europe is the right place to be right now. With so many cultures and languages, people relate to the idea wanting to connect with others who don’t speak their language.

As ChatLingual continues to grow, our goal is to have offices in both the U.S. and Germany. I’d like to keep one foot in Europe to reach our customers, and one in the U.S. to connect with investors. More companies should consider what Europe can offer in terms of strategic advantage — and I recommend starting with Berlin. 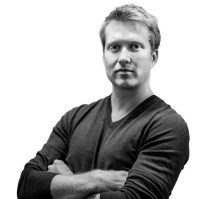 Justin Custer has lived in four countries, worked in 11, and speaks three languages. During five years of consulting with Accenture, Custer saw exactly how big of a challenge language barriers are — especially for large companies — and started ChatLingual to solve those problems. Currently, ChatLingual is being accelerated by Startupbootcamp Berlin and Custer is commuting between Boulder and Berlin.