Take 6Wunderkinder, which just raised $30 million in a funding round led by Sequoia Capital, according to TechCrunch. The Berlin-based startup makes a task management app called Wunderlist. It’s a crowded market — there’s OmniFocus, Firetask, Taskpaper, Things, and 2Do, to name a few competitors — but thanks to the company’s clean execution, the app has racked up more than 5.3 million users and nearly 241 million to-dos. 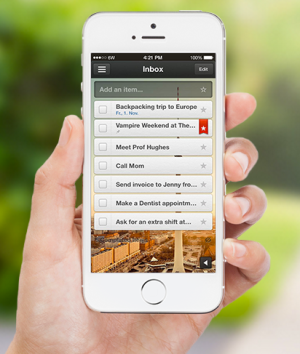 Ok, the free price point helps, too. Wunderlist to-dos sync to the cloud, so you can access your tasks across iOS, Android, Mac, Windows, Kindle, and the web. Wunderlist Pro, targeted at businesses, costs $5 a month and offers features like file attachments, to-do assignments, and conversations.

6Wunderkinder is Sequoia’s first German investment, although the venture fund has backed a number of other European companies, including Songkick in the U.K., Klarna in Sweden, and Skyscanner in Scotland. Existing 6Wunderkinder backers Earlybird and Atomico also participated in this latest funding round. 6Wunderkinder has previously raised $4.86 million in publicly disclosed funding.

The company will reportedly use the funds to expand into the U.S. Specifically, cofounder and CEO Christian Reber plans to build a business development team in a new Silicon Valley office. The engineering team will remain in Berlin.

Berlin is a great place to bootstrap a startup, thanks to the cheap cost of living and great accelerator programs like Startupbootcamp. To learn more, check out this morning’s guest post from ChatLingual founder Justin Custer, who explained why he left the U.S. to accelerate in Berlin.