[This story was originally going to go up yesterday for Halloween, but our editor fell into a deep candy coma before he could get to it. We’re still not sure if he’s okay. … — Ed.]

Zombies are powerful and terrifying enemies. They’re also an endless source of cannon fodder — and sadly, most games with zombies tend to use them for this very reason.

It’s easy to see why people can get tired of that. But we shouldn’t write off the undead just yet. A new wave of games are showing us that zombies have more to offer beyond the cheap thrills of slicing off their limbs. Some of these titles examine how humanity would cope under such stressful circumstances. Others try to replicate the survival experience with detailed gameplay systems built around growing food or making weapons and tools. You still have to kill plenty of zombies along the way, but they’re no longer the focus of these adventures.

Here, in no particular order, are 10 recent or upcoming games that are redefining the genre in unexpected ways.

When I first saw How to Survive a few months ago, I thought it looked like dozens of other top-down zombie shooters. I was wrong. It places less emphasis on exterminating the undead and more on taking care of yourself. In addition to your health, you have to check how hungry, thirsty, or tired you are; if these bars are too low, consider yourself zombie chow. You can heal yourself with plants and hunt animals for food and pelts (ingredients for making better armor and weapons).

And if you want a little more challenge, you can dive into How to Survive’s cooperative multiplayer mode, where you and your partner share the same pool of resources. 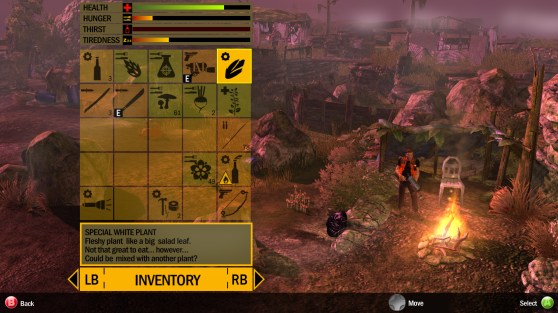 Above: In How to Survive, you can improve your weapons and armor with item crafting.

Though the App Store is rife with zombie games, that’s not stopping developer Gree from adding its own role-playing spin with the free-to-play Beyond the Dead. You’ll embark on quests to figure out just how the zombie epidemic began and assemble groups of survivors into five-man teams. Each member of your squad has skills that can benefit the entire party, and you can get special stat bonuses for making specific rosters, like having a pure melee- or range-based team. You can find more characters (over 125 in all) by exploring the 16 different levels in the game.

And when you get multiple “copies” of the same person (like a trading card game), you can merge them together to increase their stats and slightly change their appearance. Figuring out how their skills can complement each other is crucial when fighting people in random player-versus-player encounters. 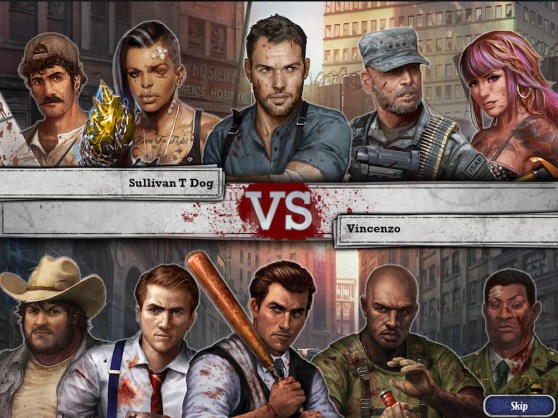 Above: Player-versus-player fights are a major part of Beyond the Dead.

In the original DayZ, a free multiplayer zombie survival mod for military simulator Arma II, players explore small towns and expansive countryside looking for supplies in the fictional country of Chernarus. While zombies are a threat, DayZ is at its best when you come across another player. Do you shoot them and loot their bodies or try to become friends? Death is permanent — all of your gear disappears when you die.

With help from Arma II developer Bohemia Interactive, creator Dean “Rocket” Hall and his team quickly started working on a standalone version of DayZ late last year. The new DayZ features a better inventory system, upgraded graphics, new animations, and a complete overhaul of the zombies’ artificial intelligence. You can keep up with DayZ’s progress here. 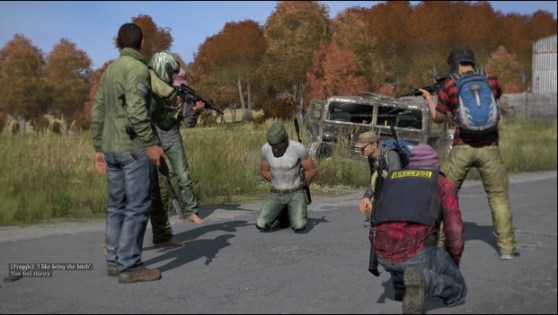 Above: In the new DayZ, you can restrain other players by slapping handcuffs on them.