With its tragic character-driven stories of struggle and survival, Telltale’s The Walking Dead barely fits any traditional notions of a zombie game. In the first season, most of the gameplay consisted of dialogue choices and impulsive decision-making, with very little dedicated to killing zombies. What you did or didn’t do during certain scenes lead to harsh consequences throughout the rest of the narrative.

The only thing we know about season two so far is that you control Clementine, the little girl you took care of in the previous game. The Walking Dead: Season One earned multiple Game of the Year awards in 2012 (including ours), so the sequel has a lot to live up to.

Above: Clementine tries to escape from a hungry zombie.

State of Decay came out earlier this year on Xbox Live Arcade, but Undead Labs has been busy polishing up the PC release (you can buy an early version of the game on the Steam, Valve’s digital distribution service). The single-player open-world action game attempts to provide a well-rounded view of life during the zombie apocalypse, including resource gathering, fortifying shelters, and establishing a well-trained and happy community with fellow survivors. That last bit is important, because when you die, your character is lost forever, and you come back as one of the remaining members of your group. 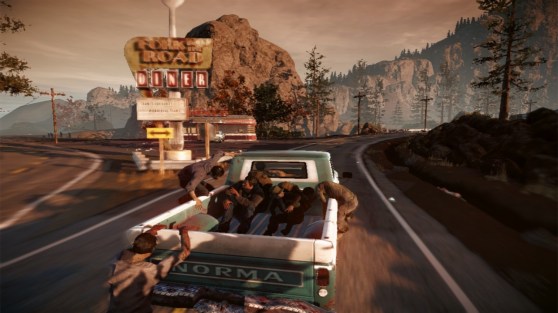 Above: Keeping a strong and healthy group of survivors alive is the key to getting through State of Decay.

From the same studio that brought us the Dead Island series comes Dying Light, a first-person action game for current-and next-gen consoles. Dying Light teaches you that the best weapon against the undead isn’t a gun or blade at all: It’s your body. Your character is amazing at parkour, meaning you can run, jump, and climb over buildings and other obstacles with incredible precision. It’s the best way of navigating the dense urban jungle of Dying Light’s huge world, where rival factions fight each other for precious supply drops.

And if you’re good enough at escaping, you may never have to fight the zombies at all. 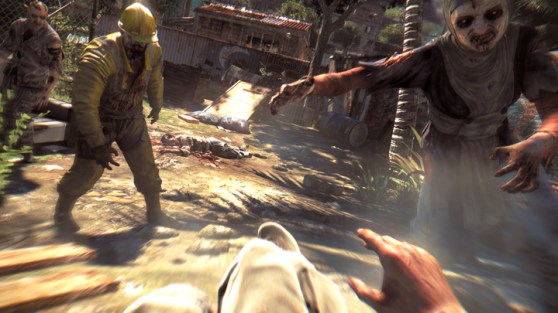 Above: Running is sometimes the best option in Dying Light.

7 Days to Die injects Minecraft’s successful first-person block-building and crafting formula into the zombie survival mix. Once you gather enough materials, you can try combining them in different ways in the crafting menu to see what you can come up with. How long your houses and tools will last against the zombies depends on the strength of the materials you built them with.

If you pay the developers $35, you can play the alpha version now and receive future updates for free. 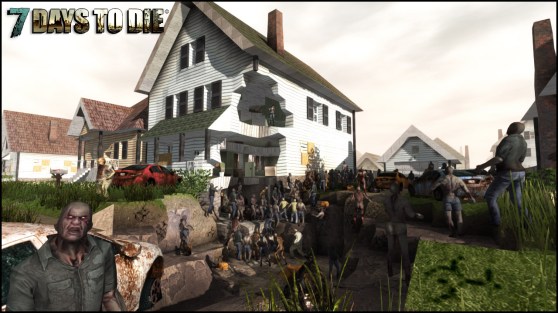 Above: 7 Days to Die is basically Minecraft with zombies.