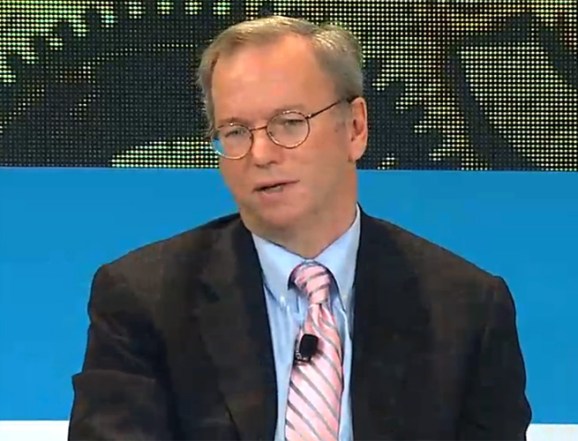 In particular, Schmidt took issue with the NSA possibly infiltrating Google’s private data centers, which would not only put Google at risk but also everyone who shared personal information using a Google account. He also said he filed complaints and concerns with the NSA, the President, and many members of Congress, but has since not been satisfied.

“It’s really outrageous that the National Security Agency was looking between the Google data centers, if that’s true. The steps that the organization was willing to do without good judgment to pursue its mission and potentially violate people’s privacy, it’s not OK,” Schmidt told The Wall Street Journal yesterday. “The Snowden revelations have assisted us in understanding that it’s perfectly possible that there are more revelations to come.”

Schmidt’s words aren’t exactly surprising, considering nearly everyone in the tech industry is concerned with the revelations that came from Edward Snowden’s leaked intel on the NSA’s data gathering methods. What will be interesting is if Google decides to bring forth a huge lawsuit against the U.S. government, should it turn out that there was foul play. I could easily see the company not backing down from a fight, just to prove the point that this sort of behavior won’t be tolerated ever again.

The WSJ has the full video interview live on its Digits blog for anyone who’d like to see it.