Upon looking at the photo above, you may ask yourself, first if this is real (yes) and second, “In what universe did the fellow who plays Hodor from Game of Thrones make it into the cockpit of the Millennium Falcon?” Well, that would be this universe, specifically the one that held the Geek Media Expo last weekend in Nashville, Tenn.

The Falcon cockpit was actually constructed by Greg Dietrich and my good friend, Chris Lee, who is perhaps best described as a genius on par with Tony Stark and a less broody Bruce Wayne. In his spare time, he likes to build things like robots, Stormtrooper armor, and other wonderful gadgets. But the Falcon cockpit itself is part of a larger project called the Full-Scale Falcon in which Lee and a legion of other Star Wars geeks plan to build a life-size model of the Millennium Falcon on a plot of land on the outskirts of Nashville.

It’s actually much bigger than just building the Falcon, too. Lee has previously told me that he’d like the site where the Falcon is built to become a sort of “NASA Space Camp” for kids that want to learn how to build hardware from scratch. But those plans are all in the far future while he and other geeks focus on finishing the replica of Star Wars’ most famous ship.

As for the photo, Lee brought portions of the Falcon cockpit to the GMX event last weekend to show off some of the progress. Hodor actor (and DJ) Kristian Nairn was in attendance and didn’t pass up a photo-op inside the cockpit.

I’ve asked Lee to show me the whole Falcon replica when I visit for the holidays. Hopefully, that means I’ll soon have more info on that Star Wars hardware camp for kids as well as a new slide show of photos.

But for now here’s a gallery of photos from the Full-Scale Falcon webpage. 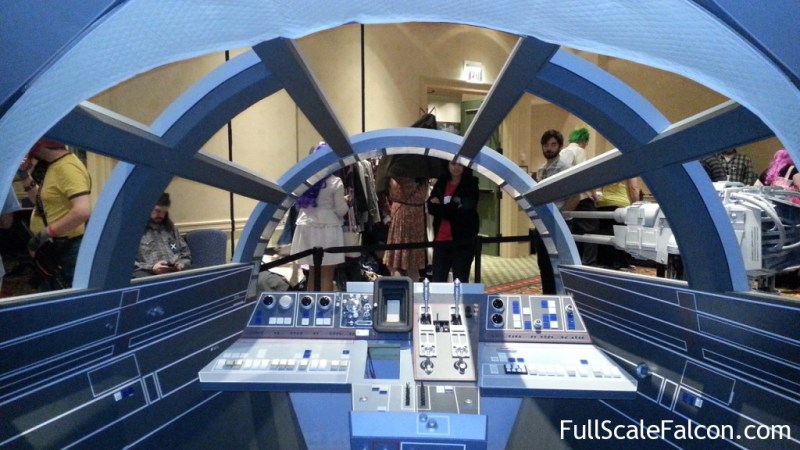