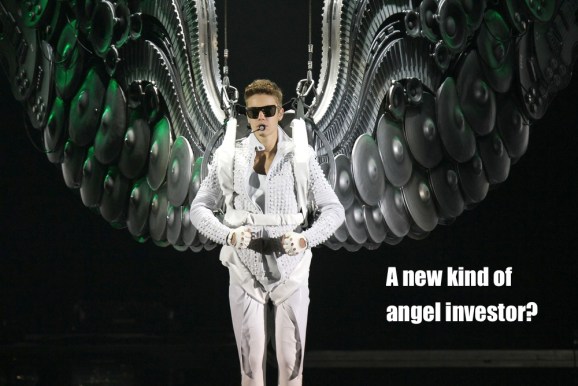 Justin Beiber has invested $1.1 million into what is supposed to be the next teen social app to address teen-needs that aren’t already being met by social networks today.

The app has a somewhat vain named, Shots of Me, which makes us think of a selfies-only Instagram and this moment in Family Guy. It was created by the developers behind Rocklive, a mobile games company, and name aside, the team has not revealed much about the app. That is, other than the fact that it’ll address “what [teens] aren’t getting on other networks, and which tries to deal with things like cyber-bullying.”

Rocklive chief executive John Shahidi chatted with Fortune about the investment, saying Bieber and the team first connected when the teen celebrity started playing Rocklive games. After hearing the “unique teen social network” pitch, Bieber was sucked into the Shots of Me idea and decided to seed the company.

Now that Facebook has admitted that its user acquisition in the “young teen” department is becoming sluggish, more companies are likely to try and “innovate” for the younger generations. The Shots of Me app will go live in the Apple App Store later this week.

This marks Bieber’s first investment in a social network, according to Fortune. Other investors include boxing celebrity Floyd Mayweather, Shervin Pishevar, and angel investor Tom McInerney.