BitTorrent Sync, the way to sync your files without Dropbox, without the cloud, and without the risk of the NSA snooping through your private data, just hit the million-user mark.

Over 30 petabytes — think 1.2 trillion pictures — has now been synced with the tool, BitTorrent said. 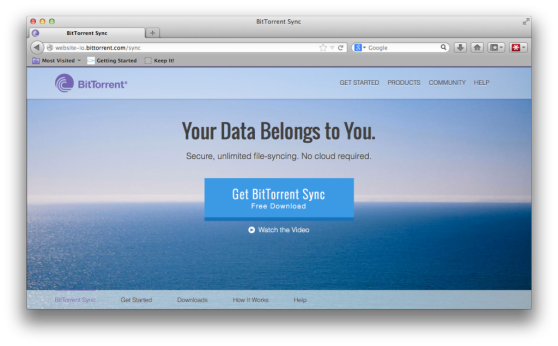 In addition, the company announced that BitTorrent is now twice as fast, speeding up to 90 MB/s on a LAN — although your mileage may vary, depending on your local networking set-up — and that BitTorrent Sync now supports iOS 7 and has a native iPad app.

“You can now send and sync files in other apps using Sync, and save media from your Sync folders direct to your camera roll,” the company says. 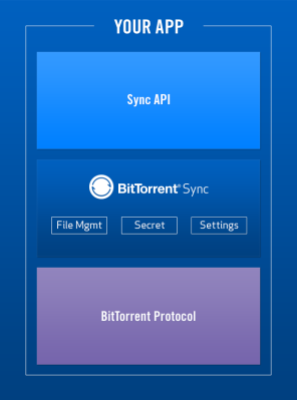 Perhaps even more interesting, BitTorrent is now introducing a API so that developers can build apps on top of BitTorrent Sync, allowing them to sync individual files, sync files seamlessly without users having to manually select and request syncing, and even built a private, encrypted datastore via something BitTorrent Inc. calls “encryption secrets.”

“These new secrets make it possible to store an encrypted copy of all your folders on a remote server, so you can build a private cloud,” the company said.

This is huge growth for a solution that just launched in July, explicitly to avoid the privacy pitfalls of a NSA-surveilled public internet — and to offer free file syncing between multiple devices.

“BitTorrent Sync is a syncing product (we are literalists here) to help manage personal files between multiple devices,” BitTorrent’s director of communications Christian Averill told me at the time. “It offers unlimited, secure file-syncing at no cost. With concerns about data privacy and security are currently at a peak, BitTorrent Sync has proven to be a timely technology and has been quite popular with our Alpha users.”

In August the company added iPhone syncing, and now its offers support for Apple’s complete line of mobile devices.

As before, there is no cost for BitTorrent Sync, there are no file size limits, no storage costs, and no limit to the amount of data that you can sync back and forth.