Thanks to Apple’s new M7 chip, any iPhone 5S can be a Nike+ FuelBand — or something like it, anyway.

Nike is taking the wraps off its new Nike+ Move app, which it initially announced alongside the Nike+ FuelBand SE last month.

Working alongside the M7 coprocessor, the app taps into the data coming off the iPhones’s gyroscope, accelerometer, and compass, letting users track their movement throughout the day.

That data is then translated into Nike’s proprietary NikeFuel system, letting users compete with friends via Apple’s Game Center. 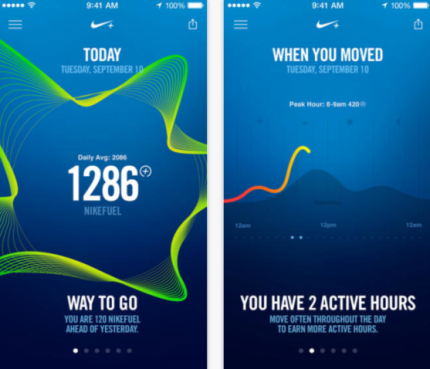 While the app doesn’t quite rise to the convenience of having Nike’s fitness band strapped to your wrist, it is a viable alternative, and shows just how powerful the M7 can be when it’s used correctly.

More, I’d wager that, by giving iPhone 5S users a taste of its NikeFuel system, Nike also intends to inspire them to plunk the money down for actual FuelBands.

But Nike’s new app is also yet another reminder that the company has yet to release a single Nike+ app for Android, whereas iOS now has at least five of them.