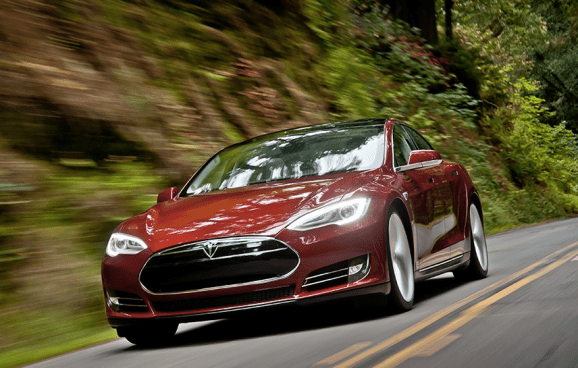 Oh Tesla, how you toy with our emotions.

Tesla achieved record levels of Model S production, deliveries, and vehicle gross margins this quarter. Chairman and CEO Elon Musk said there is a huge untapped demand in the U.S., demand is growing in Europe, and Tesla will begin taking reservations in China’s massive market this quarter.

But demand isn’t Tesla’s challenge — it is scaling production to meet demand.

“We are production constrained, not demand constrained,” Musk said during an earnings call. “We are working hard to address the production constraints and improve, but the thing people still don’t quite get is we are different in a fundamental way from other car companies. It doesn’t make sense to do things to amplify demand if can’t meet that demand with production. We are spending our time to figure out how to ramp up production faster and maintain good quality.”

There are over 19,000 Model S cars on the roads who have collectively driven their cars more than 100 million miles.

Tesla is currently producing 550 cars per week and aims to produce 20,000 cars a year. However it won’t be able to up this volume unless the company makes some serious investments in infrastructure and faculties. The critical constraint for the production of these vehicles is lithium-ion battery cells. Panasonic is Tesla’s current partner for producing electric-car batteries, but Reuters reported that Tesla is in discussions with Samsung SDI to be a second battery supplier.

“I acknowledge the fact that one needs to be built,” he said. “It will be a very green factory, with a lot of solar power, and zero emissions. We have to think about what is the right way to do version one. It will be a really giant facility, comparable to all lithium ion production in the world in one factory.”

In addition to pushing expansion in Europe and Asia, Tesla is also working to build out its service operations and expanded the number of retail and service locations by 20% last quarter, surpassing 100. Musk said he plans to drive a Tesla on a cross-country road trip with his family during the Spring of next year, to show that charging via Supercharger networks is not an obstacle.

Expanding the network of Superchargers is critical to supporting Tesla’s growth. Cars are about mobility and freedom, and drivers don’t want to be constrained. Price is another important factor, and Musk said the goal is to get the vehicles down to $35,000 and improve leasing options.

“When you consider the savings from gasoline, that makes it pretty competitive,” he said.

All of these accolades and achievements are impressive, and underscore that the car is a high-quality product that can offer a lot of value to consumers. But from the time of Henry Ford, a key attribute of the auto industry is scale — the ability to consistently build thousands of cars a day.

Tesla seems to be caught in something of a bottleneck, and despite its growth in revenue, margins, cash balance, demand, delivery, production, service stations, and geographical markets, shareholders and analysts are still concerned.

The stock when down by 11% to $157.50 in after-hours trading, which had people twittering like mad. But let’s also keep in mind that Tesla’s stock is still up by 456.2% from the same period last year.

“We have to make steady, modest improvements in available cash while growing the business at a rapid percentage rate, relative to rest of industry,” Musk said.

R&D expenses will increase by the fourth quarter, as Tesla continues development of the Model X and gets the juices flowing for the third generation vehicle. People don’t seem to know what to make of Tesla. Is its stock overpriced or underpriced? What will it be worth a year from now? How long will it take Tesla to get its production capabilities to where they need to be for real high-flying growth?

Musk made one thing clear: “A huge capital draining thing will have to happen so there are no production constraints.”