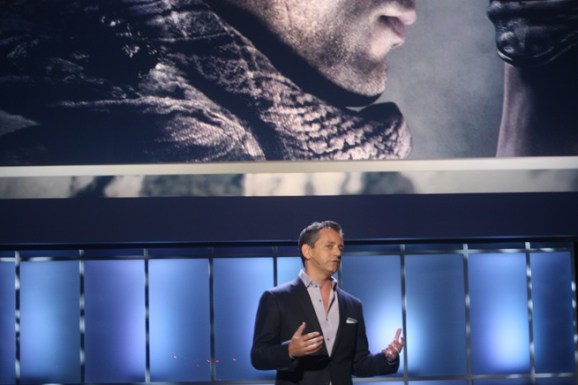 Call of Duty publisher Activision Blizzard reported that its third-quarter earnings beat expectations on Wall Street even as gamers held back on spending before this month’s launches of the next-generation video game consoles.

The company increased its outlook for annual revenues and earnings.

Activision also said earlier today that it had shipped $1 billion worth of Call of Duty: Ghosts to retailers. The blockbuster franchise game launched on Nov. 5, and versions will be available for the new consoles as well. During the third quarter, Activision didn’t have any major game launches. But it launched a new version of Skylanders in the fourth quarter as well as the COD: Ghosts.

Analysts expected non-GAAP earnings of 4 cents a share on revenue of $594 million. During the quarter, non-GAAP digital revenues hit $399 million and represented 61 percent of net revenues.

Activision Blizzard chief Bobby Kotick said in a statement, “Our third-quarter results exceeded our expectations, and we are able to raise our outlook for 2013 net revenues and earnings per share. Robust continued engagement with our core franchises drove digital revenue, which constituted a majority of all revenue. This quarter demonstrates that games like Call of Duty and World of Warcraft engage and entertain our fans year round.”

Kotick added, “We recently released new titles in two of the most popular franchises in entertainment, Call of Duty: Ghosts and Skylanders Swap Force. We are thrilled by the quality of those games, and we are excited to show what we can do with them on next-generation consoles in the coming weeks. We are also in the process of a beta launch for our first major free-to-play game, Hearthstone: Heroes of Warcraft.

Kotick also warned about the fourth-quarter outlook even as it increased its estimates for annual revenues. “However, we continue to believe that the fourth quarter this year presents a unique and challenging landscape due to increased competition and uncertainties surrounding the console transition,” he said. “We are confident in our ability to navigate these challenges successfully, particularly in light of the recent completion of our transaction with Vivendi and the focus and flexibility provided by our return to independence.”

A year ago, Activision Blizzard reported 15 cents a share in net income on revenue of $751 million. Part of the reason for the decline is a slowdown in the anticipation of the release of the Sony PlayStation 4 on Nov. 15 and the Microsoft Xbox One on Nov. 22.

While Internet and digital media stocks are down this year, gaming is up around 50 percent. That also has a lot to do with an expected console revival. John Riccitiello, the former chief executive of Activision’s big rival, Electronic Arts, said at our GamesBeat 2013 conference last week that he believes the next-generation consoles will sell more units in their first five months than the new consoles sold in the first 14 months of the Xbox 360 and PlayStation 3 generation. Activision Blizzard’s stock price is also up more than 50 percent in 2013.

Last year, Call of Duty: Black Ops II sold through $500 million in its first 24 hours and $1 billion in its first 15 days. But this year, Activision has competition for gamers’ dollars from Grand Theft Auto V, which has sold 29 million copies and generated $1 billion in sales in its first three days back in September. It also has to compete with Battlefield 4, which has an average rating of 86 out of 100 on review aggregator Metacritic, while Call of Duty: Ghosts has a 74 out of 100. Ben Schachter, analyst at Macquarie Securities, said in a research note before the earnings were released that he is cautious about Call of Duty’s ability to grow. He thinks that sales of Ghosts on the next-generation consoles will be to hardcore gamers, so those sales will be substitutes, not new sales.

Arvind Bhatia, an analyst at Ray Young, was more bullish and believes Activision Blizzard will be able to increase its earnings power in the console renewal cycle.

“We remain confident in the company’s prospects given management’s solid track record of execution, product pipeline, and recent insider buying,” Bhatia wrote in a research note before the earnings were released.

But he noted that management has been more cautious in its statements about preorders and competition than usual. But he believes the Call of Duty brand remains strong, and he thinks critics are holding back their best ratings for next-generation consoles. Call of Duty fans have exceeded 100 million over the life of the series.

In after-hours trading, Activision stock was up 1.4 percent to $16.76 a share. The company’s market value is about $11.5 billion. Activision completed its complex $8 billion transaction of spinning out from Vivendi on Oct. 11 after the third quarter ended. As a result of that transaction, Activision has a debt load of $4.75 billion.