Apple saw record sales performance this past month on the strength of the new iPhone 5S, the iPad Air, and new Macs, an analysis of the company’s Taiwanese suppliers suggests. Taiwan-based manufacturers build most of Apple’s iProduct, either on the island nation itself, or in factories in mainland China.

“We estimate sales in October rose by approximately 11 percent month-over-month and well above the October average of flat month-over-month performance over the past eight years,” Cantor Fitzgerald analyst Brian White said in a research note this morning. “As such, we believe this October will prove to be the strongest in the history of our Apple Barometer.” 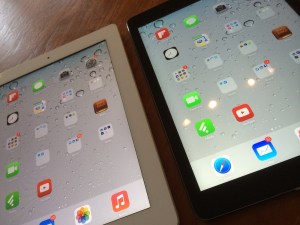 That sets Apple up for a very strong holiday shopping season — the company’s first fiscal quarter of 2014, and traditionally its biggest quarter of the year.

Apple now has a renewed iPad Air, a “coming-soon” retina iPad Mini, an updated laptop line-up, a “coming-soon” desktop Mac Pro, and, of course, brand-new iPhones making up its most diverse and most comprehensive iPhone line-up ever, with the iPhone 5C and iPhone 5S joining the iPhone 4S on store shelves.

Apple stock has trended higher over the past month, with investors seeing continued profit strength in Apple’s core markets in spite of Android’s market share advantage. A record quarter to start 2014 will have to be big indeed — last year’s first quarter saw Apple sell $54.5 billion worth of iPhones, iPads, and Macs, and earn $13.1 billion in profit, while selling almost 50 million iPhones and 23 million iPads. In the most recent quarter, traditionally its quietest period, Apple sold $37.5 billion worth of product, including 34 million iPhones, 14.1 million iPads, and bringing in $7.5 billion in profit.

With performance like this October, Apple is setting itself up to blow those numbers out of the water, and probably turn in another record quarter in January.