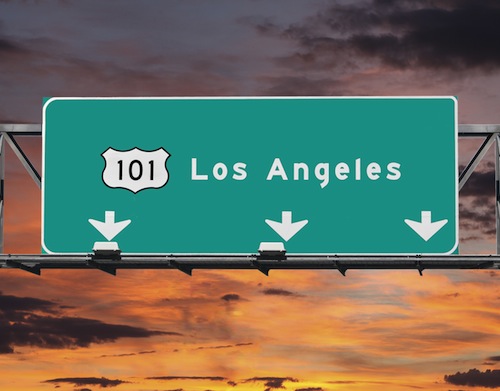 Los Angeles may gobble up $3 – $5 billion in fiber to get its Internet smooth moving. But its hoping vendors will foot the bill and do all of the legwork.

The city will unloose a request for proposal (RFP) next month to require fiber in “every residence, every business, and every government entity within the city limits of Los Angeles,” Los Angeles Information Technology Agency GM Steve Reneker told Ars Technica.

The fiber network would power Wi-Fi hotspots in public areas, give free Internet access of 2Mbps to 5Mbps to residents, and offer paid access for up to a gigabit.

This RFP is simply the City Council stating that it wouldn’t mind if someone set up fiber infrastructure in LA and gave its residents cheaper access to better Internet.

There are a lot of people on the Internet doing a lot of things. Everybody wants to get their hands on fiber these days because sluggish Internet sucks — not only does it bring up the spinning circle of death while waiting for Netflix to load, but it also makes it harder for businesses to operate, which is perhaps the greater issue.

Speed matters. And fiber can create a connection that is up to 100 times faster.

The Fiber rollout in Kansas, City, Mo. led to an uptick in startup activity. Los Angeles is hoping that expanding gigabit access and lowering its price will attract entrepreneurs, or at least prevent them from leaving.

Another goal is to make high-speed Internet more accessible to people who cannot afford it otherwise. One-third of Los Angeles’ 3.858 million people make under $45,000 a year.

The Los Angeles Unified School District announced in June that it planned to give every one of its 640,000 students an iPad in an effort to boost the struggling school system.

Los Angeles is a huge, sprawling city with millions of people and a lot of problems. The pervading strategy seems to be throwing cutting edge technology at the problem, giving people greater access to Internet resources, and hoping the rest will sort itself out.