Entrepreneurs talk a lot about innovation, but more often than not, “disruptive” ideas are just a slightly better version of something that already exists — or gimmicky apps that don’t innovate at all.

Every once in a while, we hear about technology that is genuinely making a difference in people’s lives. These ideas — and more importantly, the execution– have the potential to fill you with a sense of genuine awe.

For tech writers like yours truly, it’s nice to be reminded of the very real positive impact of technology.

This month, I asked my network for examples of awe-inducing innovation. Given all the BS in circulation, I narrowed down the final selections using the following strict qualifications:

I separated the technology into three distinct categories: mobile and gadgets; health and connectivity and cloud. I’m sure I’ve missed plenty, so please include your links and suggestions in the comment section below! 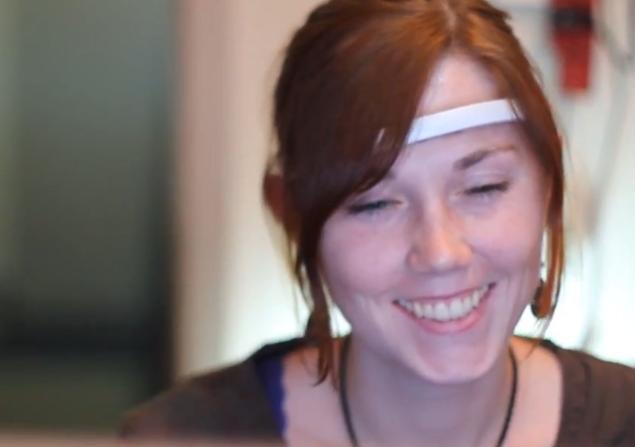 In Ontario, Canada, a group of researchers have invented a headset that lets you control almost anything using your mind. No, really. The interface of the device, the futuristic-sounding Muse by InteraXon, turns your thoughts into binary 1s and 0s.

The Muse headband won’t be in the hands of consumers until next year. But we still included InteraXon on our list, as the technology has already been working in practice for several years. During the 2010 Winter Olympics in Vancouver, InteraXon technology enabled visitors to control the lights on Niagara Falls, the CN Tower, and Canada’s Parliament buildings with their minds.

The Muse isn’t the only smart headset on the market. A San Jose-based company called NeuroSky recently raised yet more financing from a Japanese corporation. NeuroSky is best known for providing the sensor tech behind the MindWave, which can log into a computer using just your thoughts.

At TechShop, a hub of the maker movement in San Francisco, I was lucky enough to meet David Lang, an entrepreneur building a mini-submarine. The open-source robot, dubbed OpenROV, has been credited by the world’s press as the key to unlocking the Earth’s final frontier.

This may sound overblown, which we’re trying to avoid, but it’s warranted. What’s cool about OpenROV is that it’s an affordable alternative to subs like the Deep Sea Challenger, which took Oscar-winning filmmaker James Cameron to the deepest, darkest recesses of the Western Pacific. Environmentalists and marine archeologists are using OpenROV to discover shipwrecks in Cuba and spotlight pollution. Kids are using it to explore pond life in their backyards.

If this really piques your interest, you should come to our DevBeat conference next week! OpenROV’s founder will be giving a tech talk on being a hardware startup founder after a career in software.

Check out the video below to see how it works.

I have my qualms with Google Glass, particularly as a consumer device. Let’s face it: It’s not particularly fashionable — who would want to have a camera mounted to the side of their face?

That said, it’s already proving to be a useful tool for industry. Medical professionals are already using Google Glass to perform operations, teach, and train. The value is clear: It’s a hands-free device that doctors can use to record surgeries and consultations with patients. New applications for health care will be widely available in 2014 when Glass starts shipping.

Thanks for the suggestion Blake Robinson, the director of social strategy and development at Annalect; and Sachin Duggal, cofounder at Shoot.

Wearable technology has generated a good deal of hype — and in a few cases, it’s warranted. Nymi, a smart wristband developed by researchers at the University of Toronto, connects your identity to your devices. The device has an in-built sensor, which authenticates identity through your electrocardiogram. In other words, the unique pattern of your heartbeat could unlock a laptop or the front door of your home.

Honorable mention goes to HabitID for how it accurately identifies people based on typing cadence. This provides a new way for large companies to protect their employees from hackers and identity fraud.

There are already dozens of uses for 3D printing technology, a hyped up technology that is the real deal. 3D printing is in the early days, but it’s already being used to print a fully functional SLR camera in 15 hours and for only $30 in parts, a hand glider, and cheap printer supplies.

One of the coolest examples we’ve seen of this technology in action is the NASA prototype of the 3D printed pizza. As we plan for longer space missions, this could prove particularly useful to keep an intrepid space explorer from going hungry. 3D printed prosthetics will restore your faith in humanity — check out this robohand, which could restore hand functionality to those afflicted with diseases like amniotic band syndrome. This condition causes children to be born without fingers and toes.