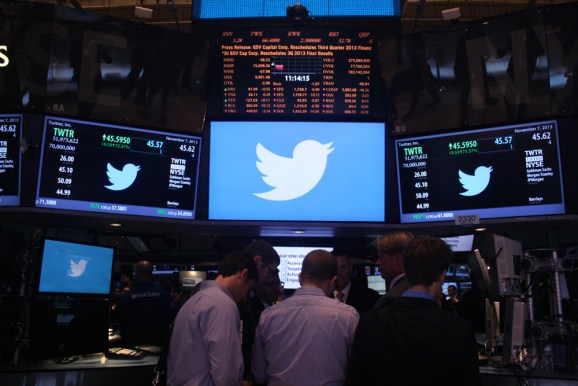 NEW YORK CITY — The birds were chirping outside the New York Stock Exchange this morning, clearly aware of the second biggest Internet IPO in history.

This intrepid reporter ventured downtown to bring you an inside look at the Twitter IPO, which kicked off with an 89 percent pop in the stock’s value (from its initial $26 price to $45.10 at the beginning of the trading period). At the time of this report, it’s sitting at $47.81.

Also, Patrick Stewart was there. 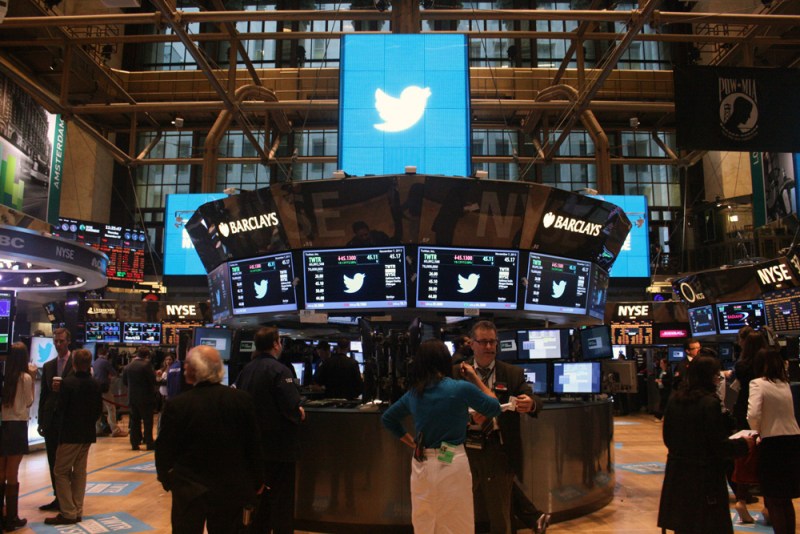 Above: The floor of the New York Stock Exchange.

“Of the top 20 tech IPOs this year, 16 listed on the NYSE — with Twitter being the biggest,” said Scott Cutler, the NYSE’s executive vice president and head of global listings. “We’ve come out of today feeling pretty good about the capital markets as a whole.”

The stock started trading at 10:50 a.m. Eastern after a “price discovery” period that lasted for over an hour. It was the longest price discovery period for any NYSE IPO, according to Cutler. Formerly, the 2008 Visa IPO held that record.

All NYSE systems ran normally for the Twitter IPO — and the two other IPOs on the exchange this morning (Midcoast Energy Partners and Norcraft Companies).

“There was never a moment this morning that we were worried about anything regarding the NYSE’s technology systems,” Cutler told VentureBeat.

The New York Stock Exchange as a whole is up a smidgen this morning (0.29 percent at the time of writing), but overall market performance is unlikely to have an effect on Twitter’s stock price today.