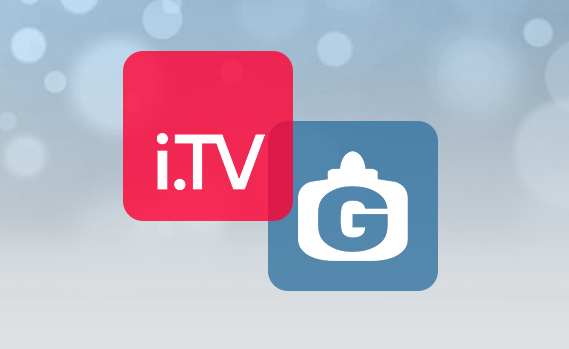 This isn’t actually the first time GetGlue, a service that lets people check-in and socialize when watching TV shows, has done the acquisition dance. Last year, GetGlue’s first major attempt at selling itself fell through when social video startup Viggle failed to get financing in place. GetGlue also isn’t the only social TV service to face consolidation, a hard pivot, or acquisition. Over the last year we’ve seen Dijit scoop up GetGlue competitor Miso, Fanhattan take a dip into the hardware business, and Apple purchase (and shut down) Matcha.tv.

The social TV space does have plenty of activity from avid viewers. GetGlue’s 4.5 million users alone generate over a billion social impressions per month across social networks like Facebook and Twitter. The problem with these social TV startups is that they’ve never quite been able to figure out how to monetize. However, with i.TV now stepping up, some of that could change.

“i.TV is primarily a SaaS business, and that’s what we’re really focused on,” said i.TV CEO Brad Pelo in an interview with VentureBeat. He added that GetGlue gives his company an opportunity to build yet another second screen interactive TV platform, except with a powerful community of users behind it.

GetGlue getting matched up with i.TV does make a lot of sense. As Pelo said, i.TV’s business model is based on building Software as a Serivice (SaaS) platforms for entertainment clients that want an interactive experience when viewing television. Some of those platforms include its own i.TV app, AOL TV, and Nintendo. Pelo told me i.TV plans to integrate portions of GetGlue’s service into its SaaS platforms, while continuing to maintain GetGlue as a standalone service.

But what’s arguably more important than GetGlue’s community is its ties with the television industry. GetGlue has interactive TV partnerships with 30 big networks. Pelo told me that there would be value in branching those partnerships to i.TV platforms. Collectively that means it’ll have the opportunity to make those interactive promotional partnerships with TV networks much more potent.

Yet, there’s another seemingly huge roadblock that GetGlue and other services that want to capture the interactive TV viewing crowd will face: Twitter.

With its initial public offering on the way, Twitter is hungrier than ever for partnerships with big media companies to promote TV content on its social network. Over the last few months the social network has reached advertising and promotion deals with Viacom, CBS, NBCUniversal/Comcast, and many others. It’s broadened the number of businesses that can use it Amplify TV promotion ad platform, and it’s even working with Nielsen to improve TV ratings data by including tweet and hashtag data when a show airs.

Pelo doesn’t see this as a problem.

“Certainly Twitter would like all of the social TV interactions to happen directly with them, but I don’t think it takes anything away from GetGlue,” he said. “We are building a platform that’s specifically for TV, Twitter’s platform is still primarily an activity for everything.”