GamesBeat 2013 gave us a good view of what the game industry looks like from some very different but important views. Mark DeLoura, the White House adviser on games, and Mike Gallagher, the game industry’s chief lobbyist in Washington, D.C. (and the head of the Entertainment Software Association), both appeared onstage with me at our event last week. After soaking in what they said for a week, I found it interesting to parse the differences between the White House and the lobbyist — where they stood together and where they stood apart on video games. 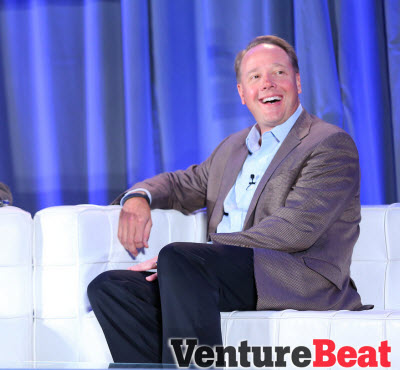 I was intrigued about the unspoken politics that governed what they could and couldn’t say. There was no way that both of them could agree on video game violence, given the beliefs of their bosses or constituents. Even after years of litigation that have cleared the game industry, people still tend to blame video games every time a mass shooting occurs. The politics around that are still delicate.

DeLoura is seasoned game developer who got the job in the Obama administration through his interest in what games can teach us. DeLoura and his predecessor, Constance Steinkuehler, helped set up a meeting between Vice President Joseph Biden, Gallagher, and game industry executives such as former Electronic Arts CEO John Riccitiello. That happened in the wake of the school shooting in Newtown, Conn.

In that sense, DeLoura is a gaming insider in the White House. He knows it and can represent its interests. But he’s also not working on behalf of the industry as a paid lobbyist, as Gallagher is.

Gallagher, on the other hand, said that matter should be put behind us because it was fully litigated with the U.S. Supreme Court’s decision to strike down a California law restricting video game violence on free speech grounds. Gallagher said that ruling “definitively established free speech rights for video games.” He said that was conclusively decided, and the majority of the court went through the research and found “there is no connection between fantasy violence in video games, or in any other medium, and real-world violence.”

He said, “That’s the law. The science also backs that up.”

He said that with better enforcement of policies that prohibit the sale of mature games to minors, the retail industry is doing its job to prevent mature-rated games from falling into the hands of kids too easily.

What Gallagher couldn’t give any ground on was the notion that Grand Theft Auto V was slightly embarrassing to the game industry, or that we should be worried when it falls into the hands of kids.

The industry touts its value as either an art form or pure entertainment, but the fastest-selling game in history can be incredibly violent, depending on how you play it. I suggested that doesn’t do much for the industry’s image. But Gallagher said that was “very 1990s thinking.” He said the industry can be proud of Grand Theft Auto V as a “remarkable” entertainment achievement. It was no different as a cultural event from something like Game of Thrones on HBO or TV shows like Breaking Bad. The game industry, like TV, is expansive enough to embrace multitudes of contradictions, because no two gamers are alike. (Yes, Walt Whitman wrote something similar more than a hundred years ago).

Funny enough, Gallagher seemed to contradict himself a little when he approved heartily of the fact that two interesting games that emphasized peaceful exploration and ethical choices — Journey and The Walking Dead — won most of the big game awards last year. He said that suggested a lot about who is driving the game industry in the forward direction. He didn’t say it, but it seemed he was redirecting attention away from GTA V. Gallagher’s bosses, I would wager, would probably be very upset if he conceded this point about whether we should be worried about game violence at all. 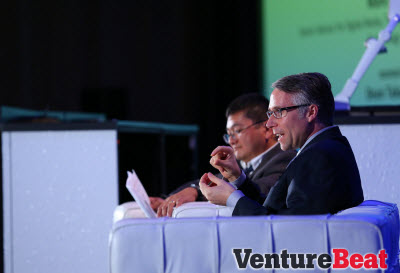 DeLoura, on the other hand, was clear about the importance of perception. He said, “If the public thinks [game violence] does cause a problem, then that’s a problem for the game industry.”

DeLoura said he played a lot of Call of Duty and Grand Theft Auto, and he realizes that anytime the federal government expresses interest in video games, that has usually meant censorship in the past. That’s not necessarily what he’s about.

Rather, he feels like the common ground lies in focusing our attention to the good that video game makers can achieve if they apply it to basic education or learning how to do technical things such as programming for the first time. The president, he said, wants his daughters Sasha and Malia to be able to play games that teach them something new. DeLoura said he wants the core protections of the video game ratings — as set by the Entertainment Software Ratings Board — to be applied to mobile games, which have for the most part slipped through without ratings. The ESRB has a self-ratings system in place for mobile, and DeLoura loves that. But he wants the ratings to be used more broadly across the mobile industry.

“You really only see the ESRB ratings on console games,” he said. “They have been a very good shield for the industry” to fend off anti-violence foes.

“I really would like to see consolidation in this space and a consistent rating system,” he said. “I want that to be of service to parents.”

Both of them wanted to see games reach their full potential when it comes to teaching kids new things. President Obama is very interested in this angle, and DeLoura said he wouldn’t have a job if the President wasn’t interested in games. DeLoura wants to take that interest and use it as a powerful force to push educational games forward to the point where they finally might succeed after generations of failure.

Gallagher, meanwhile, wanted to move past the violence discussion to the new issues he cares about. He says his matrix of threats and opportunities has never been bigger.

“Why are we interested in education games?” DeLoura asked. “There’s a huge missed opportunity for kids there. How do we encourage the market to create these educational games? The good news is there has been a slow, tidal change in investment. There are companies sprouting up like Rupert Murdoch’s Amplify.” Foundations are funding these games. Where government can help, DeLoura said, was in bringing all of the different parties that matter together.

Rather than just defending content rights, Gallagher now has to spend his time addressing issues that affect many industries, such as privacy, piracy, data security, immigration, tax incentives and many others. He noted that tax incentives prompted 1,000 jobs to move from California to Texas in 14 months. 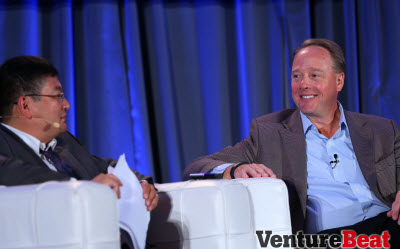 Above: Dean Takahashi and Mike Gallagher.

Gallagher wants the game industry to be fully measured to incorporate growing sectors such as mobile, social, and online as well as traditional console and PC sectors. Having an aggregate measure of gaming’s economic impact will help politicians understand why the industry is important and it should be encouraged, not discouraged. He believes the numbers will likely show that the industry is very healthy.

Gallagher believes we are in a new Golden Age for games.

“The aggregate amount of innovation, of creative expression, of entertainment, of reach, is just phenomenal,” Gallagher said. “I see terrific opportunity ahead.” Given an entertainment platform or a device with a screen, people will play games on them. DeLoura said he wants government to make sure the U.S. industry is free to expand as it needs to, given competition from around the world.

These discussions were good and illuminating. But it occurs to me. Next time, we’ll get them on stage together to hash these differences out.

Check out the Twitch archived videos of DeLoura here and Gallagher here.