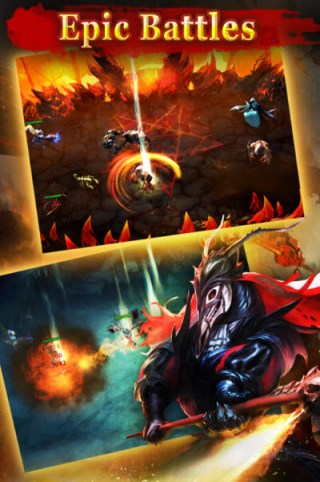 Above: You can fight epic battles with The Gate.

The title is a new entry in the crowded fantasy card-battle mobile game genre, but it features high-end, Diablo-style 3D graphics that give players more control over the action. You can, for instance, use your finger to direct a character to attack a certain enemy.

“This is very unique. There’s a lot more action involved,” McGee said in an interview with GamesBeat. “It gives the player a chance to employ strategy in when to attack and how.”

The game is in testing in Oceania, and it will launch soon on a global basis.

This is the fourth mobile game from Spicy Horse Games after it transitioned out of console games. Japanese mobile-game company DeNA is publishing The Gate today as a free-to-play title on the iPhone and iPad. Spicy Horse Games developed it independently and set up the partnership for publishing the title after the Game Developers Conference this year.

The game is set in hell, where you battle all sorts of demons. You train, command, and upgrade fighters and send them into battle against the legions of hell. The battle arena is a lush, 3D landscape while the collectible cards for characters have a detailed, 2D look.

You can make friends with other players, build an alliance, and fight against other armies. Your goal is to become the master fighter in hell.

“We have combined different mythologies, like Christian demons and Sumerian demons and demons from Judaism,” McGee said. “We’re an equal-opportunity demon employer. We think of it as Pokemon in hell.”

Beijing, China-based Spicy Horse Games started the work on the game earlier this year, and it returns McGee to some familiar terrain, as he worked on the original Doom game from id Software in the early 1990s.

“This is my first return to a game in Hell since Doom,” McGee said.

The game has hundreds of cards and a dozen maps. The company will continue to put out more card packs and levels over time.

McGee is also working on short films based on his American McGee’s Alice series of games. Spicy Horse Games is publishing the title in China, but DeNA is distributing it in the West. 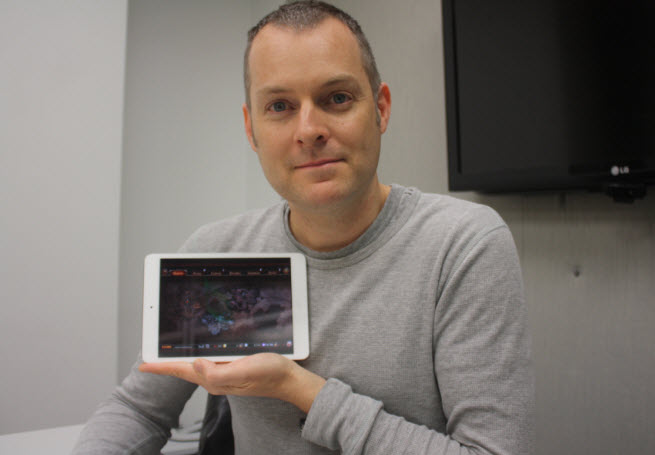