When I heard that the government spent $174 million+ on the HealthCare.gov website, I felt the same way I did when I found out there are at least 100 billion galaxies in the universe. As someone building a healthcare IT startup now, that amount is unfathomable.

Everyone by now has heard about the HealthCare.gov debacle. To those of you who don’t know, HealthCare.gov is the way to comparison shop health insurance plans. It is a key platform because to the public, it represents Obamacare (aka the Affordable Care Act). Other articles have covered the particular problems of the site in depth, so I’ll just simplify it: The site crashes….a lot.

After reading many articles on the process of building the site, particularly this one on VentureBeat by Practice Fusion’s Matt Douglass, I wanted to imagine a different way for the government to choose which contractor would be building the site. I witnessed a small portion of the procurement process while at IBM, so I have a pretty good idea of its involved nature. However, as a fun thought exercise and maybe to inspire creativity for others, I introduce to you the “Healthcare.gov Hunger Games!”

The Goal: To create and oversee the best HealthCare.gov website/insurance exchange.

The Prize: $10 million seed investment from the federal government on equity terms for 10% of the company.

The Competition: There are two differences between this competition and the real (fictitious) Hunger Games. No kids will be killed and there will be multiple levels.

During this stage anyone can compete. Each company will create a HealthCare.gov website that shows people the different healthcare insurance options. These sites will be judged quantitatively on a variety of metrics by A/B testing their site using Optimizely. A/B testing is when you show a certain group of visitors one page and another group a different design of the page.  Here are a couple examples of what metrics the government could use:

The test could be conducted on a state level or with a limited number of people nationwide. Competitors would only be given two months to build this. While large companies might seem to have an advantage, startups would be forced to be creative and agile due to the time constraint.

The top 10 would advance to the next round based on these quantitative tests. They would be given $50-100k seed investment for the next round.

Note: I was extremely impressed with the visual design of the actual HealthCare.gov website. It turns out it was done by a startup!

After the banks went down, financial regulators decided to implement “stress tests” for those banks that survived. Financial regulators examined what would happen to a bank’s viability if the market decreased a certain percentage similar to past crashes (for example, the Black Monday crash or the 1997 Asian Financial Crisis).

We could implement the same tests on the healthcare.gov website. For example, we would stress test the sites for events such as “Beyonce Baby”, a “Bin Laden raid”, and a “Giants’ Superbowl Win”. I don’t know the specifics beyond stress testing, but using quantitative analysis, the top two products that come out of this bracket would be brought to the final round, which we will nickname something cool.

The data would also have to meet HIPAA compliance and would be tested for security holes. Further security stress tests could be implemented as well. This stage would take a month from start to test.

The last phase would be a fight to the death between the final two companies. They would be judged on the purchase of the insurance and the accompanying customer service.

We would bring back some of the metrics from round 1 on usability for purchases (ease of use and time to purchase) and scalability from round 2. We also would analyze customer service impact.

Now, this would mean that these small companies would have to learn the ropes of customer service. These companies could choose to handle customer service any way they saw fit. They could outsource it, do it themselves etc. They will be judged on their quantitative ability to handle calls (time spent on the phone, complaints answered etc) and also their qualitative feedback (how do customers rate them). The qualitative feedback can be answered via a survey and maybe sentiment analysis of tweets with certain hashtags.

Then we will have our victor who will get $10 million investment. If a new company wins, they will be valued at $100 million. Otherwise it will be a $10 million cash infusion to the company. 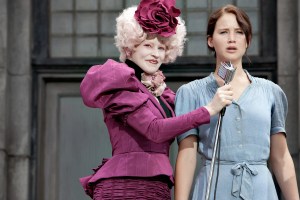 The company that wins will be responsible for the upkeep and further evolution of the product. This could take the form of a software license or free upgrade service. The company will have rights to the product and will be given advisers to help them scale the business and the product. A couple engineers from Twitter could advise on tech scale, while some operations guys and gals from Uber could advise on business scale.

Even if a startup fails in one of the earlier rounds, they will have a product with many uses already built. Say you fail after round one because your user experience wasn’t good for health insurance purposes. Maybe it’s a better fit for buying a product that requires less background like wallets.

For the startup that does win, they will have a $100 million business and technology with many uses. They can sell it to states who want to run their own insurance exchanges, maybe compete with eBay, or use it to sell spots in our future space colony.

There are obvious benefits to this approach, including making sure a product has been thoroughly tested before being launched and judging the product on its own merits instead of the size of the company behind it.

It also has negatives. Big companies may be able to throw more people (and money) at the job, but with only a month for each stage (or so), that might actually be a disadvantage for them.

There are many subtle details I haven’t talked about, but I hope to spark a conversation on procurement and getting startups into govt work. Let me know what you think about the Healthcare Hunger Games!

Patrick Randolph is the founder of QueueDr, which is on a quest to bring simplicity and great products to healthcare. Originally from the East coast, he came out West in search of good weather and startup dreams.