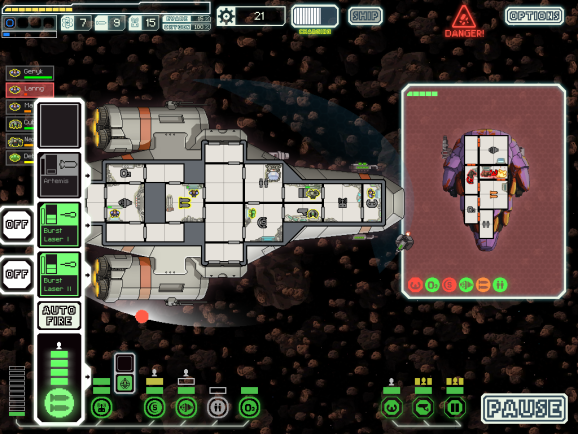 The space travel-themed strategy game FTL: Faster Than Light is coming to iPad early next year, along with a bunch of new features that developer Subset Games plans to simultaneously update into the existing PC version.

The new version of FTL, labelled the Advanced Edition, adds new weapons, enemies, systems, and more. The original version will still be available to anyone who doesn’t like the changes and additions.

“We’ve redesigned the FTL interface to be optimal for touch devices,” developer Subset Games states on its website. “It plays beautifully on both the full size iPads — 2nd generation or later — and the iPad Minis.”

FTL was an early Kickstarter success, raising just over $200,000 when it only asked for $10,000 on the crowdfunding site. Subset games did not give a specific release date for the iPad version, although it is planning for an early 2014 launch.