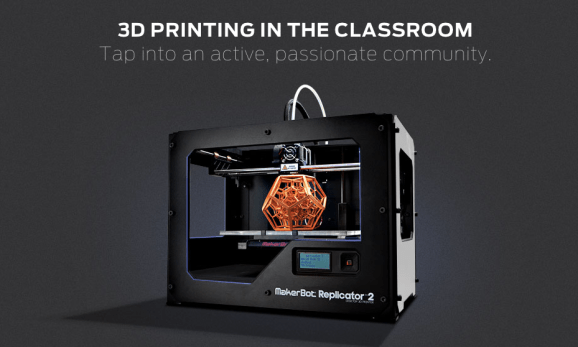 If America wants to be home to the next industrial revolution, it’s going to need a ton of 3D printers.

To that end, MakerBot is launching MakerBot Academy, a program aimed at equipping every school in America with its own 3D printer.

The program works like this: Starting today anyone who wants to help a school get a printer can go to DonorsChoose and donate some cash. At the same time, teachers can go to the site and register for a MakerBot Academy bundle, which includes a printer, three spools of filament, and a MakerBot protection plan.

Early partners for the program include Autodesk, MakerBot CEO Bre Pettis, and Stratasys founder Ralph Crump. Both Pettis and Crump have already pledged to fork over some cash.

MakerBot says the program was inspired by President Obama’s 2013 State of the Union Address, which called for a return of manufacturing and technology jobs to the United States. By giving more kids access to 3D printers, MakerBot is taking a small step in making that a reality.