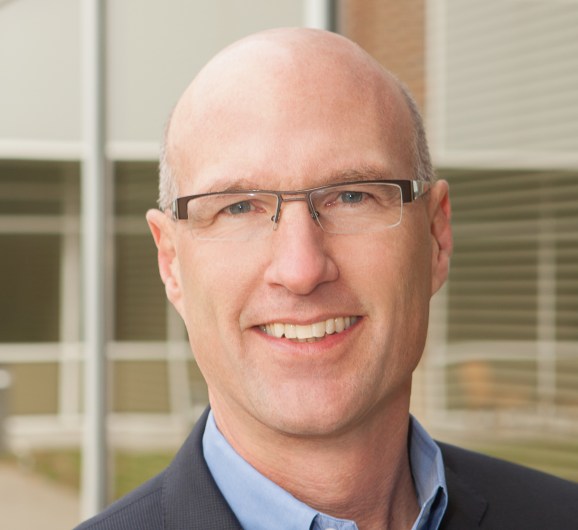 Dave Menninger, head of business development and strategy at Pivotal

Pivotal, that joint initiative by VMware and EMC to find emerging opportunities in big data and cloud application platforms, today released its enterprise version of the open-source Cloud Foundry platform as a service for easily building and deploying applications.

But these days, announcing that you’re offering a platform as a service, or PaaS, and providing premium support isn’t really a big deal. Pivotal’s PaaS stands out because it’s the foundation for services that let companies bring in, store, query, and analyze large amounts of data. Those additional services fall under the corporate banner Pivotal One.

The combined Pivotal One and enterprise Cloud Foundry release is a major rollout for Pivotal. The new products amount to a central hub for the company, to which many of its other services can be connected — whether it’s middleware, web and application servers, an application development framework, or big data consulting services. It isn’t just another addition to the Pivotal lineup; it can be what binds other pieces together. And it makes Pivotal into more of a platform provider than a vendor of piecemeal application and data services.

The starting point for all this is Pivotal CF, as the Pivotal people call their enterprise-focused flavor of Cloud Foundry. The distribution can run on-premise or in a cloud somewhere else, said Dave Menninger, Pivotal’s head of business development and strategy.

The offering falls in line with other vendor moves in recent months to provide on-premise PaaS. Red Hat got OpenShift running on-premise last November, and Google has taken steps to let companies run a version of the Google App Engine on their own internal servers instead of on Google’s infrastructure.

While Pivotal was partly born of VMware employees and of technology the virtualization giant acquired, Pivotal isn’t completely biased toward VMware. Customers of Pivotal CF aren’t forced to use VMware’s infrastructure as a service if they want to run the Pivotal cloud. “We are software providers, so we are providing software that can be used with EMC and VMware infrastructure, or with others’ infrastructure,” Menninger said.

Pivotal stands to gain from the enterprise distribution of Cloud Foundry by offering support for its customers’ deployments. And it will do the same thing through the tools it’s providing to run on top of Cloud Foundry.

Those tools include the Pivotal distribution of Hadoop for storing and querying data; Pivotal AX analytics programs courtesy of VMware’s 2012 Cetas acquisition to
analyze and visualize data; RabbitMQ for moving data from one application to another; and a standard MySQL database service to house relational data.

The list of programs that will run atop Pivotal CF will only grow, Menninger said.

Delivering such tools for going through huge sets of data alongside the PaaS for running applications is more than a clever attempt to make people say “cloud” and “big data” in the same sentence. It shows Pivotal believes it’s only natural to want to quickly bring in new data and analyze it through a single source — instead of having one stack for production applications and another for big data analytics.

“The value proposition is that you have one set of infrastructure that you manage,” Menninger said.

And that means analytics can be better connected with applications from the beginning. The concept should be easier to understand tomorrow at VentureBeat’s DevBeat conference in San Francisco, when Hulya Farinas, a Pivotal data scientist, will talk about how data science can help developers build better applications.

Pivotal chief executive Paul Maritz’s comments back in April about “a third-generation platform” now make more sense. This is more than a mere platform for developing applications. Think of it as a full-fledged system that emphasizes the needs of applications and analysts.

The question is whether lots of companies will be convinced that Cloud Foundry’s system will be more useful than what already works now.