With Motorola’s new Moto G, the “G” stands for “global.”

Unveiled at an event in Sao Paulo, Brazil today, the device is a cheaper, global take on the Moto X, which the Google-owned company unveiled just two months ago.

As was clear in the teasers for the device, the Moto G is aimed heavily at emerging markets like Brazil, which are full of consumers who can’t afford the $500-$600 smartphones found in other markets.

And Motorola isn’t kidding around: The 8GB version of the phone will run for roughly $179 — without a contract. The 16GB model will run for $199.

To understand the potential here, take a look at Brazil’s smartphone penetration, which is at roughly 26 percent. That’s a big opportunity for Motorola. 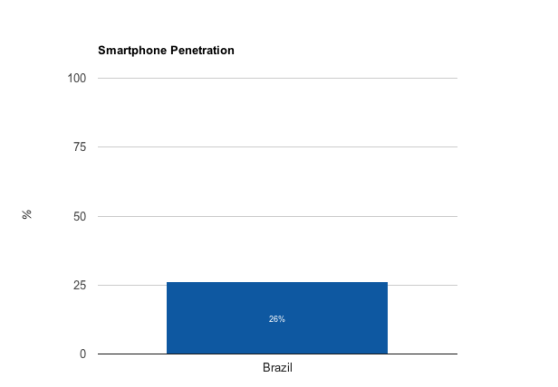 That pursuit of price-sensitive markets, however, means that the Moto G has to take a few hits, specs-wise. The device’s 720p display, for example, is 4.5-inches, a bit of a drop from the 4.7-inch Moto X. Likewise the Moto G’s processor, a quad-core 1.2GHz Snapdragon chip, is a tad slower than the 1.7GHz one in the Moto X.

Still, Motorola maintains that the device offers a premium smartphone experience at a fraction of the cost, which might be all the Moto G needs to be a success.

“We think the industry should deliver more value for the consumers’ dollar. We think people deserve better,” Motorola CEO Dennis Woodside said during the event.

One feature that didn’t survive the transition to global markets, however, is Moto Maker, Motorola’s smartphone customization service. In place of it, the Moto G features removable backs — called “Motorola shells”– and active grips, which boost the device’s customizability. 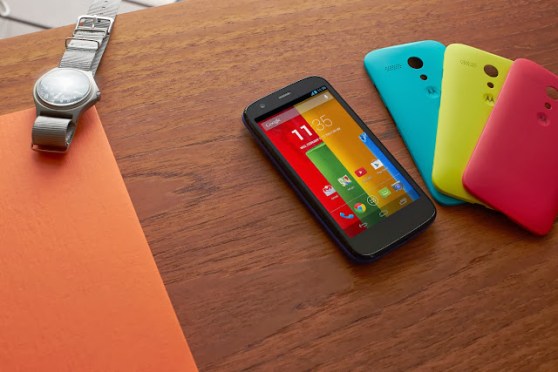 Another rough spot, at least for consumers in the US, is that Google doesn’t plan to release the device here until January. More, the device doesn’t come with an LTE chip, which will limit its appeal in other markets.

As far as the Moto X goes, Woodside said reception to the device has been “absolutely fantastic.” That doesn’t exactly mesh with Google’s recent earnings report, though, which showed that Motorola lost $248 million last quarter. More recent reports suggested that Google has only sold 500,000 Moto X phones since launch, which is more than disappointing.

It’s not clear whether the Moto G will turn that around, but at this point it couldn’t hurt.