The organizers of Slush paid for my trip to Finland. Our coverage of the event remains objective.

HELSINKI — A decade ago, Finland’s national pride was Nokia, the cellphone company whose products blanketed the world. Now, Nokia is being acquired by Microsoft, and Finns have turned to startups as their new economic engine. Their country is now known in tech as the startup hub that gave the world the popular mobile games Angry Birds and Clash of Clans. 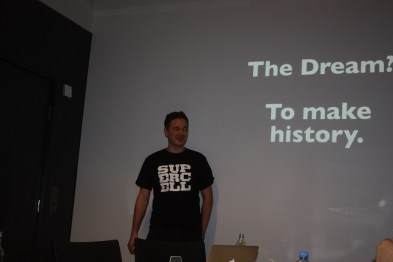 Above: Ilkka Paananen, the CEO of Clash of Clans publisher Supercell.

The Finnish government’s Tekes, its funding agency for tech, injects more than €500 million (more than $671 million) a year into research and development. About a third of that money, €135 million, goes directly into startups. That’s up from €30 million a decade ago. Jukka Hayrynen, the director of startup companies at Tekes, said that the country’s ambition is to create the best startup hub in all of Europe. He spoke to a group of journalists in advance of the Slush startup conference in Helsinki this week.

“We put money into 600 projects a year now,” Hayrynen said.

Nokia dominated the tech sector in this country of 5 million people for decades. But its layoffs and woes, based on its failure to compete with Apple and Samsung in smartphones and tablets, has shrunk its influence and resulted in the Microsoft bagging its handset business.

Gaming has become the biggest success for Tekes. The sector has its origins in the Demo Scene movement of the early 1990s, when various computer whizzes gathered together to show off their inventions at a regular group. It was not unlike the Homebrew Computer Club of the 1970s that gave rise to Apple.

Starting in 1995, the Finnish government has invested about €50 million in the game sector. Among the high-profile compnies are Rovio, Supercell, and Grand Cru. 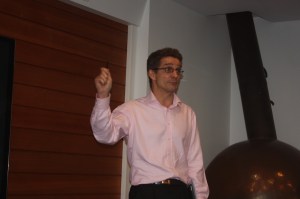 Above: Artturi Tarjanne, the cofounder of Nexit Ventures

“They are bringing value from intangible assets,” Hayrynen said.

“We have made more money in taxes from the game industry than we have ever paid in,” Hayrynen said.

Supercell recently sold a 51 percent stake to SoftBank and GungHo Entertainment, both of Japan, for $1.53 billion. As part of that deal, the company will stay in Finland. Recently, Supercell was generating $2.4 million a day from its two games. In doing so, it was making more money from games than Electronic Arts, which has 900 mobile titles.

But Supercell chief executive Ilkka Paananen said that his company benefited from government grants and loans without having to give up any equity. Tekes does not take a stake in the companies that it helps. Supercell itself has only 130 employees, but its staff will pay more than €270 million ($362 million) in taxes this year. Considering that Tekes put only about €5 million into Supercell, that’s a huge return on its investment.

“At the very beginning, we received a 400,000 euro loan from Tekes,” Paananen said. “Supercell would not exist today without it.”

Among the game companies creating jobs in Finland are Ubisoft, Disney, Unity, Electronic Arts, and Playground. Rovio is now recruiting people from overseas to Helsinki. Hayrynen said the boom in games was due to talented engineers, a stable environment for startups, public funding, and low production costs. Finnish corporate taxes are at 24.5 percent now and will drop to 20 percent next year.

“We have serial entrepreneurs and they have learned to fail fast and learn from failure,” Hayrynen said. In this sector, many people know each other based on experience with multiple companies.

“Finland is not a country,” he said.”It’s a country club.”

While Finnish students used to seek out jobs with big companies, now more than half of tech graduates want to be engineers, Hayrynen said. Artturi Tarjanne, a founder of venture capital fund Nexit Ventures, said, “I would say that changed in the last five years. Young people now want to be entrepreneurs. The collapse of Nokia sped that process up. People lost their easy money” from Nokia stock options.

Not everything is built around games. Startup accelerators such as Vigo are churning out numerous companies in all tech sectors.

The early loans mean that companies can set their own path without giving up control to investors.

“They don’t have wise-guy VCs telling them what to do,” Hayrynen said.

Tarjanne said that he believes the government hasn’t gotten in the way of VC investment, largely because it co-invests alongside them in later funding rounds.

Helsinki-based Nexit has screened more than 10,000 companies in the Nordic countries and the U.S. in the last 13 years, and it has invested in 25 of them. A few have been disasters, but others have been successes, like Hybrid Graphics, which Nvidia acquired for a tenfold investment return. Nordic countries account for about 20 percent of European VC investments, Tarjanne said. Last year, private venture capitalists put about €80 million into Finnish companies.

Tarjanne acknowledged that it isn’t easy for VCs to invest in later stage rounds for game companies, since it’s hard to pick the hits in the entertainment business. But he is more inclined to invest in companies that create their own game platforms.

Over time, Finland’s ambition in tech and games it to be a global player on a worldwide stage.

“We want to make history,” Paananen said. “And be a global games company.”