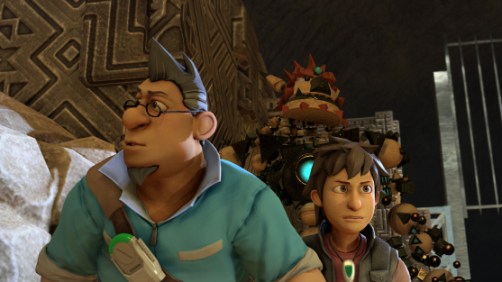 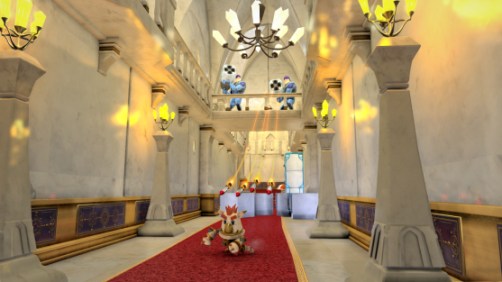 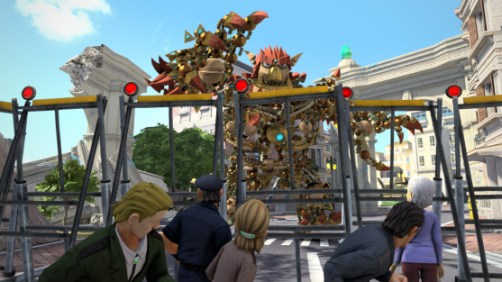 If there’s one thing that bugged me the most about Knack, it’s his amazingly inconsistent powers. Although he quickly figures out how to absorb things other than relics into his body, his game never runs with that idea, keeping his abilities frustratingly situational.

Sure, Knack can absorb wood, metal, and gems whenever his game requires it for a puzzle or boss battle, but you’ll never be able to do that with extremely similar debris (such as enemy armor or environmental objects) anywhere else. Maybe that’s not how Knack is designed (and perhaps it wasn’t technologically possible), but failing to implement it as an extension of the gameplay is a huge disappointment.

Despite the levels being large and expansive, we’re unfortunately only talking about the view.

Aside from the occasional side door or concealed room, each level is a straight line from the start to the exit, which can get tedious with all the enemies lying in wait. 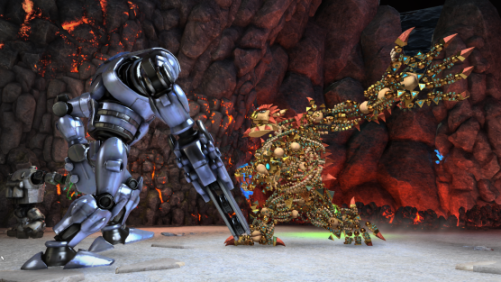 Above: Knack’s various forms give him an edge on most enemies, but his powers don’t have a ton of scope.

This is really a next-generation video game?

Maybe I’ve been spoiled by the leap from PlayStation-to-PlayStation 2 and PlayStation 2-to-PlayStation 3, but Knack doesn’t really look or feel like a cutting-edge PlayStation 4 title. To be honest, the animation and visual quality seems just on-par with the likes of the latest Ratchet & Clank or God of War.

It has nothing in the way of framerate drops, and the particle effects are neat, but the most discerning eyes will surely notice the lacking physics and relatively stiff environments. Knack is billed as a PlayStation 4 launch title, but I wouldn’t know it without the console in front of me.

Knack spends several levels building himself up to gargantuan heights, and at some point, his game starts to make you expect Godzilla-like battles at the climax. That never really happens, and as I noted before, it seems like the developers just didn’t think “big” enough. The payoff is significantly lackluster as a result, and the final boss battles suffer immensely for it. Maybe the sequel will provide the payoff. 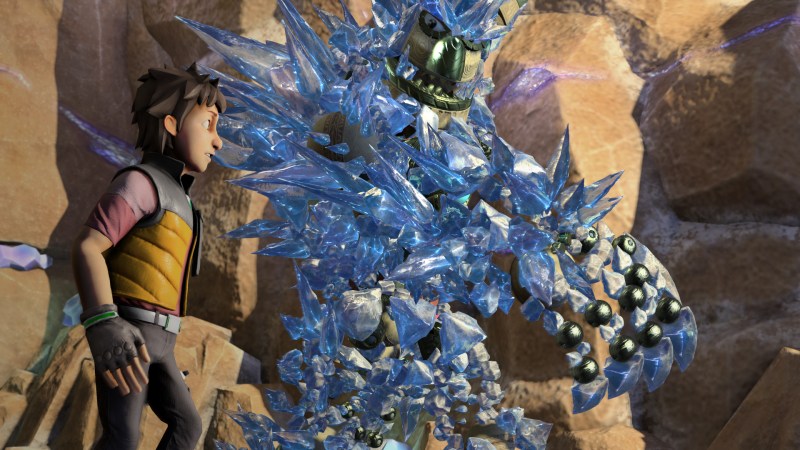 Above: Knack can absorb ice and other materials, but only when the game decides it's convenient.

Knack isn’t going into the PlayStation 4 launch with a ridiculous amount of hype, but the end product seems like it’ll be one of the better original titles to come out of the system’s early exclusives. It hits enough checkboxes to warrant a look, but that $60 price should call for some thought before you buy in.

At the very least, Knack is definitely worth renting. A bigger, better adventure is likely coming if the game gets a sequel, but if not, you’re probably better off waiting for a sale or discount price.

Knack comes out for the PlayStation 4 on November 15. The publisher provided GamesBeat with a digital copy for the purpose of this review.