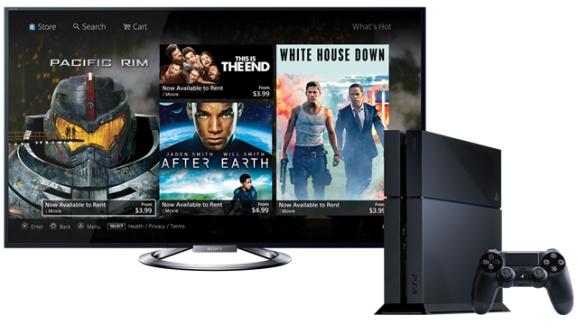 Sony's Video Unlimited on the PlayStation 4.

NEW YORK CITY — Think about how you watch movies or listen to music on your devices. Like many others, you probably use Spotify, Rdio, Netflix, and Amazon. When Sony launches PlayStation 4 on Friday, it wants you to start using its Video Unlimited and Music Unlimited services instead of its competitors. To convince you to make that switch, Sony worked to make its media apps faster and smarter on the next-gen console than its older apps and the competition.

You can, of course, still get other video services on PS4. At launch, Sony will have 11 media apps, including Amazon, NetFlix, and Vudu. With competition from other services so readily available to every user, we checked in with Sony to see how it plans to draw PlayStation owners to its Video Unlimited and Music Unlimited services.

Music Unlimited can now play music in the background of games

First up, Sony director of music services Anu Kirk showed off the new and improved Music Unlimited app, which is the company’s subscription-based audio service. PS4 can’t play CDs or MP3s, and — unlike video — it doesn’t have support for multiple music apps. That means Music Unlimited is the place for PlayStation owners to get their jams (unless they use another device, of course).

“Music Unlimited is bundled with every PS4, so you don’t have to download anything,” Kirk explained to GamesBeat during a PlayStation 4 review event. “And the thing we’re most excited about is that you can play music that you choose in the background of games.” 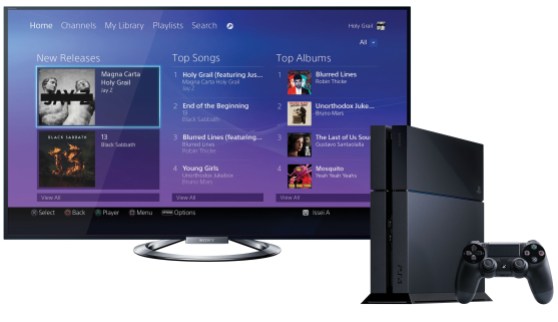 Above: The new Music Unlimited interface on PlayStation 4.

The PlayStation 3 also has a Music Unlimited app, but the older console can’t continually stream music while a game is running. On PS4, the service will seamlessly run music even if players leave the app to start up FIFA or something else.

Music Unlimited is also available on computers, smartphones, and tablets, so PS4 owners can make playlists on those devices and then immediately call them up on the PS4. Sony has a partnership with all of the major and indie labels and features a song library of over 20 million tunes.

Kirk explained that Sony designed a new interface to help speed up navigation of that catalog and to improve load times. Sony is also mindful that streaming music could interfere with the quality of online multiplayer.

“Players have the option to turn off high-quality streaming,” said Kirk. “So you can go from normal quality at 64kbps, so it doesn’t interfere with your network gaming. If you want maximum sound quality you can crank it up to 328kbps.”

Video Unlimited, Sony’s digital store to purchase or rent movies and shows, is going to seem pretty familiar to anyone that uses the service to rent or buy movies on PlayStation 3. Sony thinks it has a good service, so it focused on improving the experience for the jump to next gen.

To accomplish that, Sony switched Video Unlimited to a new video encoder called Dynamic Adaptive Streaming (DASH) that gets content up on the screen quicker than other video services. 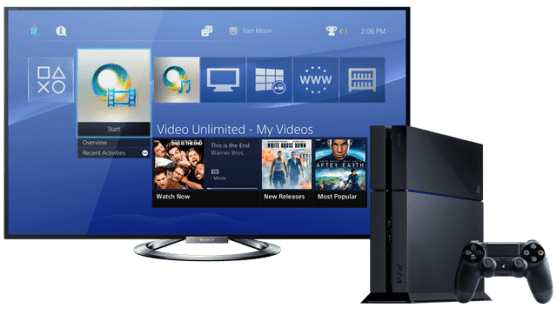 Above: The Video Unlimited interface.

In addition to the faster content-loading times, the Video Unlimited service is built in natively with the PlayStation 4. So unlike Amazon, viewers won’t have to wait for an app to load before they’re off picking the movie they want to rent.

These might not seem like huge differences, but Sony hopes it is enough to encourage movie lovers to choose its service.