Let’s face it: Many of us suck at golf. Even if you’re good, you probably feel that your game has room for improvement. Enter Zepp Labs’ Zepp Sensor.

Zepp uses motion-capture technology to create wearable gear that tracks and measures movements to provide detailed analytics such as speed and angle to evaluate their overall performance.

The sensor tracks movement at a rate of 1,000 data points per second and feeds it to an accompanying smartphone app to provide useful feedback on the player’s form, speed, and control. The 1-inch square is roughly half an inch thick and weighs 6.3 grams. The player mounts it on their bat, racket, or glove (in the case of golf), and it sends motion data to the app via Bluetooth. 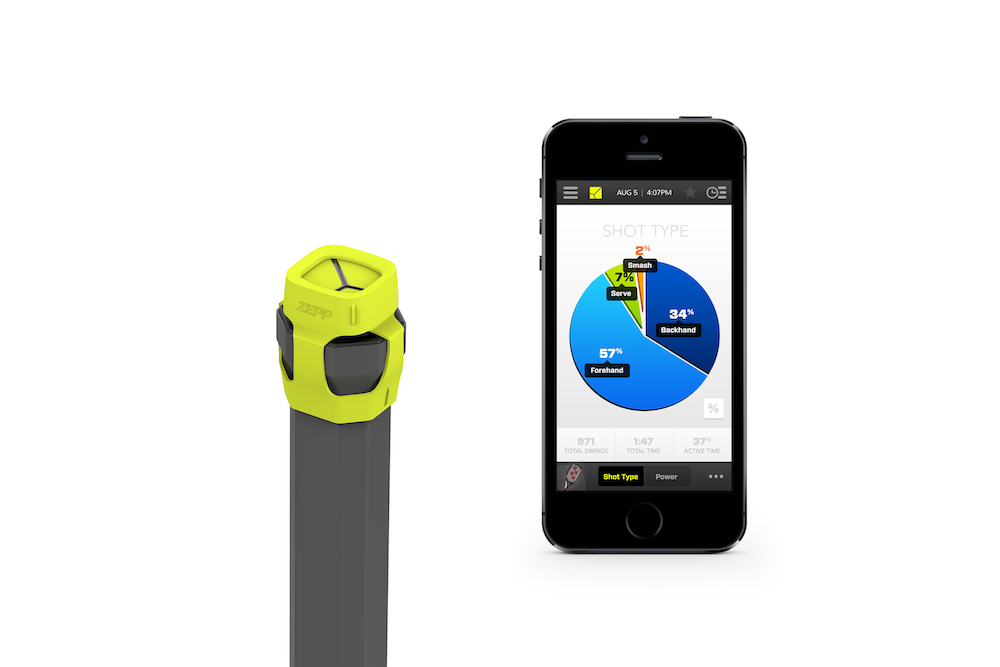 Currently, it only supports baseball, golf, and tennis, but according to Zepp Labs CEO Jason Fass, applying it to any sport is a matter of creating an sport-specific app and mount for the sensor. The mount must attach to the person in a way that doesn’t intrude with their technique.

“We’re building a whole platform, right? Where it’s all powered by the same sensor data,” said Fass. “There’s certainly a lot of other sports on our roadmap.”

“We have had quite a few MMA (mixed martial arts) e-mails,” said Fass. “Yesterday we got an e-mail about hula hooping … not sure that’s a widespread sport, but maybe we’re missing the boat on that.”

Editor’s note: Jason Fass is a speaker at our our upcoming DataBeat/Data Science Summit, Dec. 4-Dec. 5 in Redwood City, which focuses on the most compelling opportunities for businesses in the area of big data analytics and data science. Register today!

According to Fass, he couldn’t find support sensors or wearable technology that focused on sports. Sure, calorie trackers and heart-rate monitors are widely available, but Fass feels that those don’t provide the kind of data coaches and players often want to improve their game. Zepp Labs’ apps, on the other hand, offer data for pro swings, enabling users to compare their swings to those of a professional player.

“Today, if you wanted to get better at a sport, whether its baseball or golf or tennis, chances are you’re going to go see a coach, and he’s going to video you and he’s gonna put that into some system … he’s going to draw lines on the screen, and we kind of looked at that and said, ‘Well, shouldn’t we be able to capture 360-degree data?’” With the recorded data, a coach or player can pan around and take a detailed look at the path of motion from every angle.

“You wanna develop all this technology, and then do it in a way where it kind of disappears. It’s completely out of the way of the athelete, and we built a number of prototpyes, and it’s funny because some of our early prototypes look almost like a mini-Nest thermostat, just kind of these bit circle-dials,” said Fass. The team built prototypes with various displays and buttons before deciding that a small piece that sends all the data it collects to a tablet or smartphone was the best route for such a device. 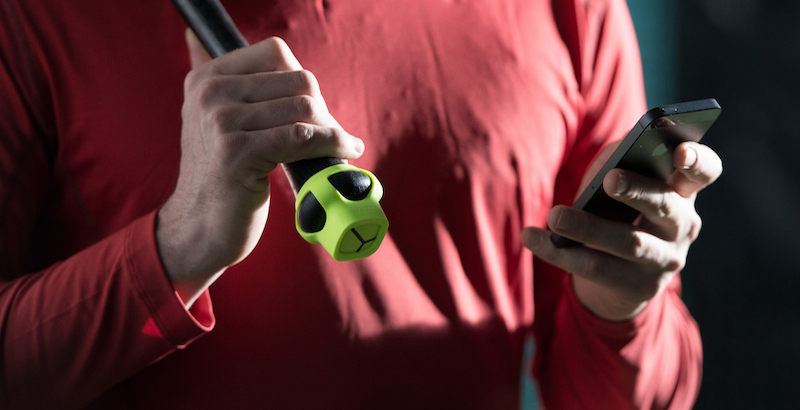 Half of the square’s internal volume is a battery, according to Fass. “Battery life ends up being your critical element,” he says. “We wanted to build this experience where you can forget about the sensor, you know, you can go play your game and when you see all the data … it’s a whole new element to your practice.” The device stores up to 200,000 swings, so the player can use the sensor without having to constantly sync it to their tablet or smartphone.

Zepp’s first product was a motion sensor called GolfSense. “We learned … that we were on to something,” says Fass. “We were able to use our fundamental motion engine that drives all the software for GolfSense. We use that same core technology in the new product line — where we have a sports-specific pattern recognition layer for each sport.”