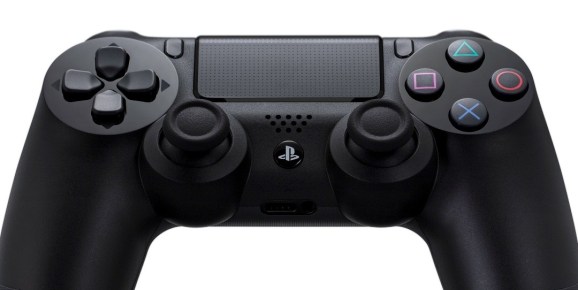 We recently ran a series of articles that took a deep-dive look at the renovated PlayStation 4 controller, the DualShock 4. Now that we’ve had a chance to check out several PS4 games — ones that are coming out at launch on Nov. 15 and beyond into 2014 — we can see how different developers are using the new features on the joypad.

Here are some of the better examples that we’ve seen so far: 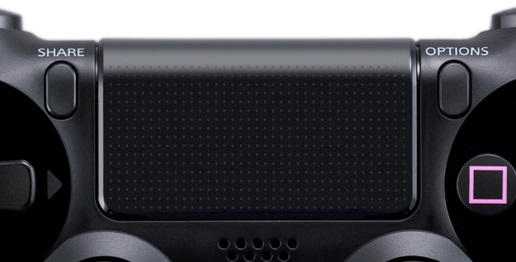 The new touch panel is impossible to miss. The black slate sits right in the middle of the DualShock 4 and supports multitouch and swiping motions and is a clickable button on its own.

Most developers seem to be using the touch pad as a source for extra input options, which seems almost counterintuitive in a time when “too many buttons” is a common reason cited for why console gaming is inaccessible to the mass market. But what else are gamemakers going to do with the thing? It’s not big enough to compete with a smartphone or tablet (or Wii U’s GamePad) as a primary interface, so — extra buttons it is.

In the first-person shooter Killzone: Shadow Fall, you can use the touch pad to control an “OWL” drone. Swiping up, down, left, or right selects the function (respectively: attack, create shield, stun/EMP blast, create zipline), and then pressing L1 activates it. The developers chose to go this route versus a more traditional “hold down a button to bring up a radial menu” method since the touch pad is available and faster for players to access.

Fighting game Injustice: Gods Among Us replaces normal button prompts for cinematic moments (aka, quick-time events) with touch-pad swipes, just to change things up for the PS4 edition.

The touch pad also offers the opportunity to give more relational context to in-game actions, similar to what motion controls have offered in recent years (think Wii or PlayStation Move). In the action title Infamous: Second Son, you can swipe upward to mimic lifting an object, for example. Infamous also simulates fingerprint scanning by having you press your digits against the touch pad.

Some developers, however, do see the pad more like a smartphone or tablet in terms of how people would interact with it. In Blacklight: Retribution, another free-to-play shooter, besides swiping to taunt and clicking to use your tactical gear, you can pinch in with two fingers to check the current score, then spread (reverse pinch?) to close out that screen.

Killzone’s developers are planning something similar with their menus. In multiplayer, you’ll be able to swipe left or right to scroll between different stat screens. Currently, they haven’t implemented this feature yet since Shadow Fall only has one of those pages to look at. But once they start adding more, this input method will be ready to go.

The light bar at the front and top of the controller was never meant to be high profile. Sony opted to point it down and away from the player so it’s not a distracting beacon that’s pulling your attention away from the television screen. Instead, it provides more subtle, sometimes ambient cues.

The most common use we’ve seen for it so far is to indicate who’s in control of what for same-screen multiplayer games. In four-player co-op indie titles like Helldivers, 1001 Spikes, and Tiny Brains, the light bars show different hues on each controller, usually matching a character’s designated in-game color to help everyone keep track of themselves.

Another common use for the light bar is to indicate health, just for the hell of it. (It’s not like you’ll be looking right at it to gauge how close you are to dying.) In Warframe, the bar will flash blue when enemies are draining your shields, then flash red when they’ve cracked through and are damaging your body directly. In Killzone: Shadow Fall, the colors will go from green to yellow to red as you sponge up enemy bullets.

More interesting is how the stealthy adventure Thief will use it. On the TV, visual indicators will let you know whether you’re sneaking around in the light or dark. But if you do come out of the shadows, the soft blue glow on the light bar will turn into a bright white to help remind you that you’re now exposed. It’s not necessarily meant to be your main cue about your hidden-or-not status, but if you’re playing in a darkened room, the extra effect shining around your hands or on the floor in front of you is a nice, immersive touch.

Dying Light does something similar, brightening up the bar when you turn on an in-game flashlight. (See this article for more clever PS4 controller tricks that this zombie-survival adventure does.)

The Killzone developers are saving some more ideas for the light bar for later. “When you fire your weapon, we’ve considered having the light from the muzzle flash flicker on your hands as you hold the controller,” Shadow Fall’s director, Steven ter Heide, told GamesBeat. “Maybe that’s something we can implement post-launch. Once you start thinking about this sort of stuff, you can come up with a whole bunch of different, innovative ideas. We’re just scratching the surface right now.”

The little speaker on the DualShock 4 will add supplemental audio to some games, similar to Nintendo’s Wiimote controller — nothing shocking here. Warframe, Dying Light, and Killzone: Shadow Fall all use it for radio-like communications since it sounds both small and slightly tinny. “Audio logs come in through the speaker,” said ter Heide.”The voice feels more up close and personal this way. It’s these little things that help add to the overall experience.”

Infamous: Second Son takes it a little further. The speaker sounds off when you drain a new power source, when you scan your fingerprints on an electronic panel, or even when you’re dying by pumping out an audible heartbeat.

The gyroscopic sensors are “way more precise” than the PlayStation 3’s old Sixaxis controls, according to Thief’s developers. That allows for more accurate and consistent recognition of a player’s movement even when the DualShock 4 isn’t used in conjunction with the controller-tracking PlayStation Camera.

In Dying Light, if you hold the PS4 joypad and make a motion like you’re checking the time, your in-game character will look at his watch (which is important information in this particular case because the zombies are way more numerous and dangerous after sundown).

In military first-person shooter Battlefield 4, tilting the controller will allow you to lean out of and peek around cover. Or if you’re piloting a helicopter, it will let you look around independently of where you’re flying the vehicle.

Basketball game NBA Live 14 takes advantage of the DualShock 4’s more powerful rumble motors. When players post up against and start leaning into each other, the controller will start to vibrate on the left or right, depending on the side of contact taking place on the hardwood floor. The intensity of the force feedback will also increase for both the offensive and defensive players, depending on how hard they’re pushing into each other.

Passing on the unique controller features

Some companies are actually opting out of taking advantage of the PS4 controller’s new abilities, aside from system-universal features like the Share button for posting screenshots and videos. A representative from Activision told us that the developers for Call of Duty: Ghosts purposely avoided using the touch pad or light bar simply because they wanted “parity” between the different versions of the first-person shooter. In other words, they want the controller experience to be exactly the same from console to console — which actually isn’t a bad idea considering some Xbox 360 players might be migrating to the PlayStation 4 this month.

With additional reporting by Jeff Grubb.