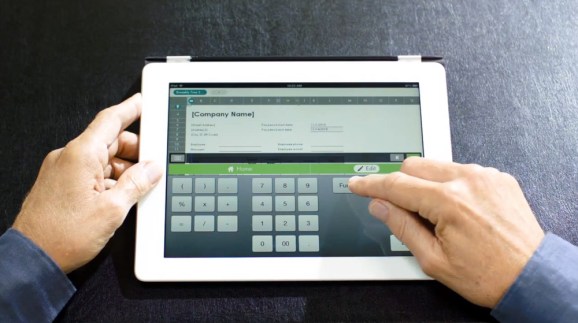 A new, free productivity app for iPad enables you to create and edit Microsoft Word and Excel documents with a gorgeous user interface rebuilt for the iPad. It’s the app Microsoft wishes it built — but it’s actually from a small, publicly traded company called HopTo.

The Campbell, Calif.-based HopTo has an odd history. In many ways, the 45-person company operates like a startup, but it was founded in 1996 as GraphOn. Its GO-Global cloud application delivery service is still offered as a legacy product, but the company rebooted (and rebranded) in 2012 — though the GO-Global tech underpinning HopTo’s iPad app is what makes it stand out from the crowd.

HopTo’s eponymous iPad app connects to your PC and cloud storage services like Dropbox, Box, and Google Drive, enabling you to access, create, and edit documents across all of those repositories. It plugs into the backend of Microsoft Word and Excel, but the user experience is nothing like Windows; HopTo completely reimagined the user interface of those programs for the iPad.

“Think of it as a hybrid of remotely accessing an application without ever showing its user interface on screen,” explained HopTo CEO Eldad Eliam during a conversation with VentureBeat.

The main app interface should be immediately familiar to anyone who’s used a web browser, with tabs for multitasking as well as forward, back, and home buttons to jump between different areas of the app. There are other thoughtful touches, like the toolbar’s placement at the bottom of the screen (so you don’t obscure text you’re trying to edit with your fingers).

It’s not a watered down experience for tablets, though — advanced Word functionality like track changes makes an appearance. There’s also a feature that enables you to use Google search from within the app to quickly stick images in documents (you can pull them from your camera roll, too).

HopTo doesn’t place a huge emphasis on where documents are stored; the My Documents tab displays content from all the separate storage silos, regardless of location, and there’s an aggregated search feature that will look through all your cloud services as well as your PC. You can also view photos and Powerpoints stored in any of those locations.

The HopTo iPad app has been in the works for 18 months, according to the company. It’s now available for free on the App Store. The focus right now is on building up a substantial userbase, then HopTo will begin to monetize — after all, it has shareholders to please.