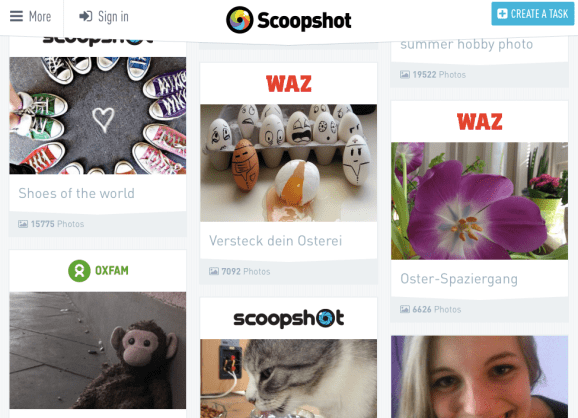 Helsinki-based Scoopshot announced today that it has raised $3.9 million in a Series A round of funding to continue growing its crowdsourced photography business globally.

The company uses its growing army of 350,000 users to quickly get on-demand news photography for more than 60 publishers, including News Corp and the California Newspaper Publishers Association. Organizations such as Greenpeace also use the services to capture breaking events, as do brands like Nokia.

“In three years, Scoopshot has already become the clear market leader in crowdsourced images for brands and publishers,” Chris Barchak, a partner at Conor Venture Partners, one of Scoopshot’s investors, said in a a statement. “Its on-demand service completely changes how we think about digital image sales, combining the affordable cost of stock photography with the specificity of commissioned work.”

Finnish Industry Investment, a government-based local investment organization, joined Conor Venture Partners alongside existing investors in the deal. Scoopshot will use the new funding to expand its sales teams in the US and UK to grow revenues in those markets.

The deal follows a $1.2 million seed round just three months ago by the world’s top-selling stock photographer, Yuri Arcurs.

“This … will strengthen our position as a market leader in on-demand mobile photography” said Petri Rahja, CEO and founder of Scoopshot. “Expanding our sales and marketing teams and establishing an expanded presence in the US will allow us to revolutionize the photo industry with our on-demand model.”