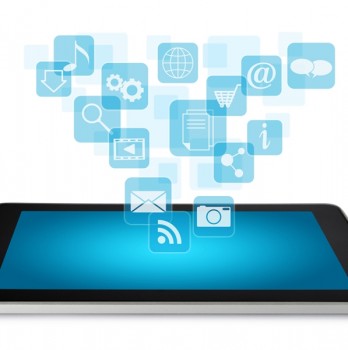 Mobile applications are increasingly becoming a priority across all business sectors as companies look to extend their services to a population that is using smartphones and tablets. In particular, vendors are targeting enterprise users, with half building apps that are intended for private enterprise stores and 88 percent claiming that user experience is just as important with enterprise apps as with consumer ones, according to a recent survey from Appcelerator.

Mobile development plans for applications aimed at consumer, business, and enterprise environments are uniformly strong, according to the survey. In total, 46 percent of organizations are building or plan to build two or more business-to-enterprise applications in the next six months, and 52 percent plan to build two or more business-to-business applications, suggesting that there is interest in creating applications specifically for enterprise users. At the same time, there may be some strategic obstacles holding companies back. Fewer than 10 percent of companies said they had an enterprise mobile leader, and 85 percent said they had no plans to employ one. Additionally, there may be some lack of clarity about what the goals are for enterprise applications as opposed to consumer ones, ITBusinessEdge’s Carl Weinschenk noted.

“The apps themselves also … present a categorization challenge: What truly comprises an enterprise app?” he wrote. “Is it simply an app used by a business, or do certain features, such as added security or the ability to link into backend databases, differentiate enterprise and consumer apps?”

What are developers’ interests?

Another challenge for mobile enterprise app development may be the diversity of the mobile landscape, Appcelerator noted. More than six in 10 companies said they supported three or more operating systems, and the top reported obstacle to app delivery is building for multiple devices and platforms.

Among the mobile devices developers said they were most focused on, iPhone and iPad led the pack, with 80 percent of developers saying they were “very interested” in building apps for them, while 71 percent said the same for Android phones and 59 percent expressed interest in Android tablets.

How can companies support more development?

Developers named a number of planned investments that they anticipate will help them better support mobile enterprise application development. In addition to dedicated development platforms and an enterprise app store, one of the most common requests was for businesses to open up more mobile-specific APIs, with four in 10 developers citing this as a priority.

The top investment priority was for more automated testing tools. This last request makes particular sense given the heightened security and functionality demands of mobile applications as platforms grow more complex and enterprise adoption grows. Using tools like static analysis software to test mobile applications can give developers the edge they need to compete and make their applications suited to the robust demands of the enterprise environment. And competing in this sphere is essential: Six in 10 respondents said their company was vulnerable to mobile savvy competitors.

In the world of AppSec, developers and the firms that employ them demand tools that provide a competitive edge. Klocwork meets these demands with compelling desktop tools that enable developers to produce secure, reliable software more easily and quickly. Klocwork’s unique SCA tool provides accurate, reliable analysis as developers write their code, identifying potential security vulnerabilities and reliability issues before they are submitted to the software build. Additional desktop tools simplify code review, refactoring, and architectural analysis. Over 1,100 customers, including the biggest brands in the automotive, mobile device, consumer electronics, medical technologies, telecom, gaming, military and aerospace sectors, rely on these tools every day to make their software more secure and reliable and to create applications they are proud of. Find out more at www.klocwork.com.