If you need to quickly Google a Call of Duty cheat while playing the game, Microsoft has the console for you.

And the web browser.

Microsoft announced today that Internet Explorer will be live on Xbox One on its launch date, Nov. 22. More important, it’ll have some cool new features just for the Xbox One platform. 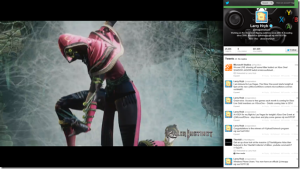 Above: Browse and play, at the same time.

That includes web navigation via voice using Xbox One’s voice recognition. Or, if you prefer talking with your hands, Internet Explorer will accept gesture input via Kinect. Plus, you can also use your standard Xbox controller, and if all those methods aren’t enough, you can also connect a tablet or smartphone via Microsoft’s SmartGlass, and use it as a full-keyboard controller.

Available voice commands include Browse to, Click on, and more. Saying “Browse to GamesBeat” will automatically take you to the website. Saying “Click on [and some linked text]” will click on that link. Gestures include the capability to reach out and grab a page and then zoom in or out or swipe it aside. You can move your open hand over a link and then close it to click. 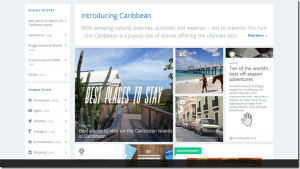 Above: Navigate by hand.

Microsoft knows a hardcore great web browsing experience is central to its ability to make Xbox the center of your home entertainment world, so the company has pulled out all the stops, making IE for Xbox One “200 percent” more compatible for modern web standards than the Xbox 360 version. Embedded media works, and you can play videos fullscreen.

Plus, just as Apple does with Safari and mobile Safari, Microsoft is making any of your desktop-or-tablet pinned or favorited sites available on the gaming system as well. In addition, you’ll be able to pin sites, use browser tabs, private browse, block cookies, and generally do anything you would be able to do on a desktop version of IE, right on the Xbox one.

You can also do some things you can’t do on a desktop.

Such as playing Call of Duty while also pulling up a browser window and quickly searching out a cheat. Or, for the more ethical gamers, a hint. That’s pretty impressive. 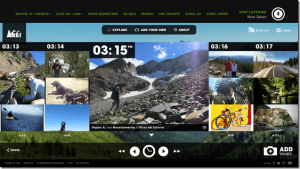 “With the massive upgrade in system performance on Xbox One, you can now multitask between Internet Explorer and other applications and games in real time, which means you never miss a moment,” Microsoft says.

With the web on your large-screen living room TV, Microsoft’s warning web developers to use adaptive design, avoid too many plugins, avoid pop-ups, and consider using W3C’s pointer events to help make the touch — or gesture — experience great. It’s also recommending that you avoid HTML5 audio and video, which is interesting as there’s some who think this is the way of the future of web-based media.

However, there’s plenty of power in the Xbox One, and plenty of time for Microsoft to add support for HTML5 media when and if needed.