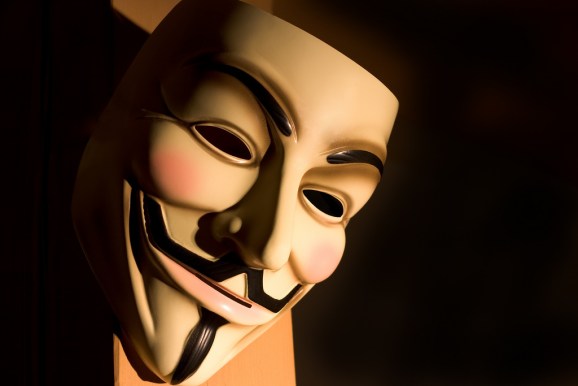 Today, he received 10 years in jail under the Computer Fraud and Abuse Act.

The CFAA has become a controversial piece of legislation for punishing people for accessing computer systems without permission. It has resulted in sentences, or proposed sentences, that many claim are too harsh to fit the crime. Hammond, in this case, says he’s being made an example to deter others from political “hacktivism” and that the CFAA is being twisted to cover this form of political protest.

“They are widening the definition of what is covered by the Act and using it to target specifically political activists,” he said, according to the Guardian.

And others have been vocal about the sentences associated with the CFAA. Richard Stallman explained to VentureBeat that he even sent a letter to those overseeing the trial, saying Hammond only really deserved community service and that his time and talents could be put to good use helping companies protect their systems from criminals and hacktivists alike.

Furthermore, Hammond believes the sentencing is unjust because of hacking he may have done for the FBI. He says that while he was working within the Anonymous circle, he took tasks from “Sabu,” the infamous Anonymous bullhorn-turned-FBI informant. Hammond says that those conversations he had with Sabu might have come down from the FBI itself, which means that the “dozens” of foreign entities he hacked as a result of his relationship with Sabu might have actually been FBI missions.

Hammond and others worked to steal thousands of credit cards numbers, usernames, passwords, and million of e-mail containing racist and otherwise questionable content. Transparency-focused whistleblower site Wikileaks published these messages, which Stratfor claimed may have been “forged or altered to include inaccuracies [though] some may be authentic.” Some of these emails showed internal “nicknames” for groups such as calling members of Hezbollah “Hizzies” and referencing Mahmoud Ahmadinejad as “Adogg.”